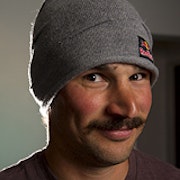 Born in Parksville, British Columbia, Canadian Darren Berrecloth is famous not only for his success in competitions, but also for his bravery, determination and dedication. He exploded onto the freeride scene with a third-placed finish at the 2002 Red Bull Rampage, and has been one of the leading riders in the world ever since.

Over the last decade, he has scored numerous podiums, including first-placed finishes in the 2009 Adidas Slopestyle Championship in Saalbach, Austria and on the 2007 Nissan Qashqai tour. He finished third on the inaugural FMB World Tour in 2010, but broke his back in 2011, an injury that meant he could only finish ninth overall and put him out of action for the remainder of the year.

His legendary status was cemented in 2012, when he came back with a bang with a top ten finish at the Red Bull Berg Line gold event in Winterberg, Germany in May. Later in the year, he also starred at the Red Bull Rampage diamond event. In 2013, he took fourth place at slopestyle’s debut at the X Games in Germany, and he finished 14th overall on the world tour.

Darren is also a noted course designer, and put his creative juices to good use at Red Bull Berg Line in 2012. He has also built one of the most progressive courses in the world for his own competition on Vancouver Island, the Bearclaw Invitational – the competition, won by Darren himself in 2007, is now an annual gold-level slopestyle event on the world tour. North of Nightfall - the trailer

Holy moley!
5 years ago | by Smurf 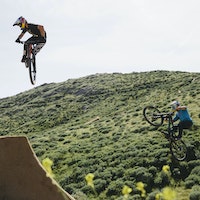 See Sammy Mercado's dedication to building and riding in this new creation from RedBull.
6 years ago | by Dan Griffiths 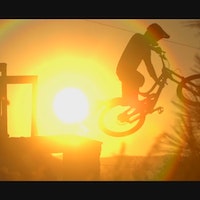 This guy creates epic content, see some of his best from 2017 here.
6 years ago | by Smurf King Kong at night
6 years ago | by Smurf 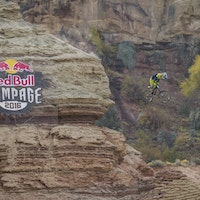 Dust crushing from the Claw
6 years ago | by Smurf ... and they make it look easy
7 years ago | by James McKnight Going down hard and getting up fast.