The jaw-dropping Red Bull Rampage takes place on near-vertical sandstone ridges in a remote location near Virgin, Utah. It is a three-day event – the first day is for qualifiers, the second for final practice, and the third for the finals themselves – and is one of five competitions that make up the Freeride Mountain Bike World Tour Diamond Series.

Red Bull Rampage was first staged in 2001, but a stop was put on proceedings after the event of 2004 due to the increasing risks that competitors were taking. Champions in those early years were Wade Simmons (2001), Tyler Klassen (2002), Cedric Gracia (2003) and Kyle Strait (2004).

The competition returned in 2008, when wooden features were introduced to what had previously been an all-natural course, and Brandon Semenuk took top spot. Over the following years, it has been staged three times and become established as the pinnacle of freeride mountain biking – American Cameron Zink won in 2010, and Canadian Kurt Sorge in 2012.

After first winning the event almost a decade previously, American star Strait became the first rider in Red Bull Rampage history to win the event twice when he pipped Kelly McGarry and Zink to the top spot in 2013. However, most fans left the event talking about Kiwi star McGarry, whose final run included an astonishing back flip over the 72-foot-long Canyon Gap. 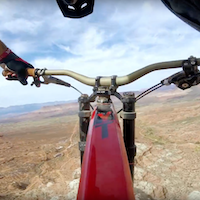 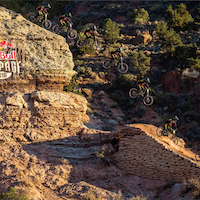 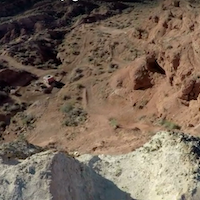 Insane!
4 years ago | by Smurf 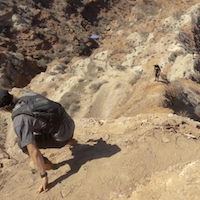 “It's a whole new level“ - Rampage riders give their first impressions... All the action from the weekend
4 years ago | by Smurf 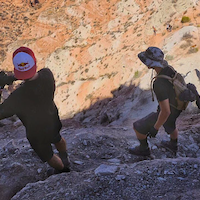 America's great wall has been built
4 years ago | by Smurf 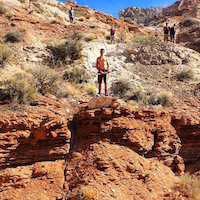 Brendan Fairclough has a new Canyon Gap lined up for Rampage

He didn't chose the Freeracer life...
4 years ago | by Smurf 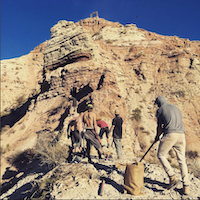