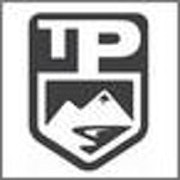 The multi-day solo-only Mavic Trans-Provence is marketed as the ‘definitive’ all-mountain MTB race, a unique blend of gravity racing excitement and wilderness biking adventure. The aim of the race is test to the limit the full spectrum of riders’ technical mountain biking ability, fitness and craft on some of the wildest bikeable terrain in Europe.

Due to its innovative format of 24 partially gravity-assisted, multiple downward-pointing timed ‘special stages’, the Trans-Provence rewards the ability to descend mountains quickly on technical trails. Organisers claim it is the world’s first and only multi-day point-to-point race which is won on singletrack, and not doubletrack or wide forest roads.

In 2014, the route will travel 292 km between Sisteron and Menton over six days with 8,355 m ascending and 14,731 m of descents. Each day will begin with a significant vehicle uplift, and the winner will be the rider who finishes in Menton having accumulated the lowest total time from all the special stages. The three or four special stages per day are linked together by predominantly ascending untimed ‘liaison stages’.

Some of the biggest names in enduro have taken part in the race since its development phase in 2008 and 2009. In 2011, Jerome Clementz won the race, with a narrow lead over Nicolas Vouilloz and Fabien Barel. The following year, Nicolas Lau had the quickest time over seven days of racing, with Vouilloz again second and Clementz third. Lau defended his title in 2013, one second ahead of Clementz, with Barel third. 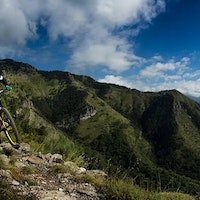 Here are your video highlights from the Trans Provence 2014, along with the dates and entry information for the 2015 event...
8 years ago | by Dave Jaquin 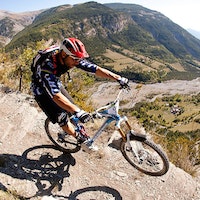 The epic long-distance enduro race is back again, and looks better than ever. Take a peek here!
8 years ago | by Dirt HQ 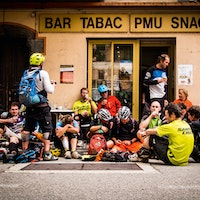 BEHIND THE SCENES AT THE TRANS-PROVENCE

During a week in the French Alps at the tail end of the summer, I was lucky enough to be involved with the now legendary Trans–Provence race…
9 years ago | by Dirt HQ Seven rider's experience of the most technical mtb race in the world. The Trans Provence...
9 years ago | by Dirt HQ 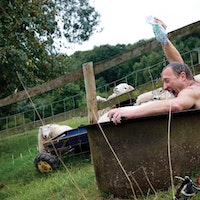