All-mountain legend Jerome Clementz was one the favourites to win the inaugural Enduro World Series in 2013, and he certainly lived up to his billing. Riding for Cannondale’s four-man OverMountain race team, he put in a series of fine performances, including second-placed finishes at Punta Ala and Whistler, and victories at Les 2 Alpes and Winter Park.

Following another victory in the penultimate, sixth round at Val d’Isère in the French Alps, he was crowned Enduro World Series champion with time to spare. He then rounded off his amazing season with another victory in the final round. In August, he also combined forces with compatriots Fabien Barel and Remy Absalon to win the Enduro of Nations for France, with a seventeen minute lead over their nearest challengers, Italy.

His success in the Enduro World Series came as little surprise to most onlookers. Born in Buhl in the Alsace region of France, he grew up admiring the great downhiller Nicolas Vouilloz, but was an early convert to enduro. By the start of 2013, he had already won all the major enduro races, including the Megavalanche, Mountain of Hell, the Super Enduro Sauze d’Oulx and the Adrenaline Challenge.

As the 2014 Enduro World Series kick off in Chile, Jerome (or ‘Jey’ as he is known to his fans) will no doubt be featuring near the top of the leaderboard once again and hoping to retain his title. His combination of silky smooth style, power and endurance, means he is always the one to watch in the top enduro races. All new carbon enduro racer
6 years ago | by Smurf 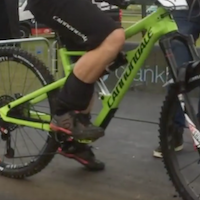 Jerome Clementz and Ludo May star in 'Dumb and Dumber' 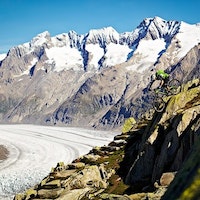 Big mountains and sun... remember them?
7 years ago | by Dirt HQ All over the world with French enduro ace Jerome Clementz.
7 years ago | by James McKnight What Do Pro Riders Actually Do Day-to-Day?

GMBN put out this great video interviewing Atherton, Barel, Bruni and Clementz about the life of a pro...
7 years ago | by Dirt HQ 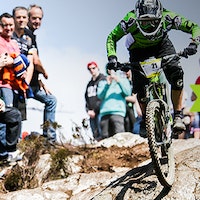