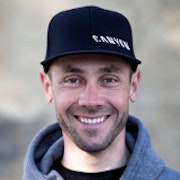 Fabien Barel is one of a number of downhill stars who have recently switched over to the emerging enduro discipline. After a distinguished 17-year downhill career made him one of the legendary figures of the sport, he announced his retirement from downhill after the World Cup stage at La Bresse in 2011, and said that he would be focussing on enduro over the coming years.

Born on 26th July 1980 in Nice in the south of France, Fabien won his first major downhill title in 1998, the Junior World Championship in Mont Sainte-Anne. He went on to win the French national title eight times, and appeared on the European championship podium four times, including a gold medal-winning performance in 2005. He featured in the World Cup downhill series for 11 years, and twice won the World Championship title (in 2004 and 2005).

After his switch to enduro, his success continued, and he signed with the Canyon team in 2013 to participate in the inaugural edition of the Enduro World Series, where he finished third overall, picking up a victory in the first race of the season at Punta Ala. In August, he also combined forces with Jerome Clementz and Remy Absalon to win the Enduro of Nations for France.

Fabien’s incredible technical skills will no doubt mean he will play a leading role in the second edition of the Enduro World Series in 2014, challenging once again for the podium places with riders such as Jerome Clementz, Nico Vouilloz and Jared Graves. 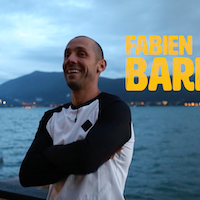 "This adrenaline is worse than drugs"
4 years ago | by Smurf 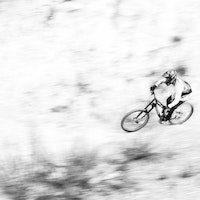 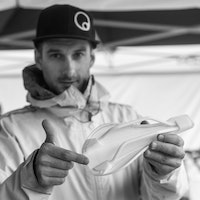 Developed with Fabien Barel and Tahnee Seagrave.
5 years ago | by Smurf 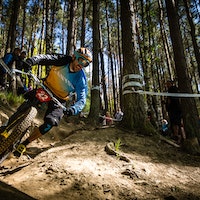 How to set up your enduro bike with Fabien Barel

Tips from the enduro guru
5 years ago | by Smurf 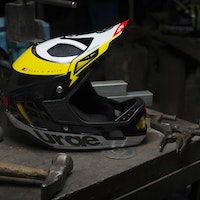 Look back from the crew at Urge BP.
5 years ago | by Dirt HQ 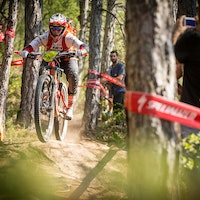 Get a cup of tea and sit down for this photo gallery from the penultimate EWS of the year.
5 years ago | by Dirt HQ 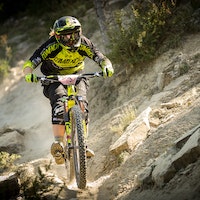