Canadian Brett Rheeder was born in Mount Albert, Ontario in 1993, and joined the professional slopestyle and freeride mountain bike circuit in 2009. Currently riding for the the Trek C3 Project team alongside stars such as Cam McCaul and Brandon Semenuk, he heads into the 2014 season in second place in the FMB World Ranking.

He first made an impression on the world scene in 2011, when he finished 31st overall on the FMB World Tour, but it was in 2012 that he really showed he had the skills to compete with the very best by finishing fourth overall, with highlights including third-placed finishes at the Rain or Shine Jam in Monterey and the Colorado Freeride Festival, second-placed finishes at Jump Ship, the Claymore Challenge and the Bearclaw Invitational, and a victory at Havok Jam.

In 2013, he continued his progression into full-on freeride royalty, with his best season yet, finishing third overall on the world tour behind Sam Pilgrim and Martin Soderstrom, but his season was cut short when he fractured his back while attempting a flipwhip at Crankworx Les 2 Alpes.

Brett has crazy air-grabbing skills, demonstrated recently in a series of banger web edits, as well as some superhuman tricks, being one of the few riders around who can nail almost all of his tricks in opposite. His sensational performance at Red Bull Berg Line at the 2013 iXS Dirt Masters was typical, with huge flipwhips and opposite flipwhips over the big kickers plus a stand-out backflip one-foot X-Up. 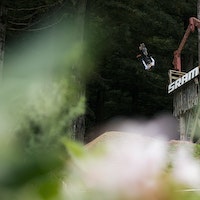 Getting upside down down under
5 years ago | by Smurf 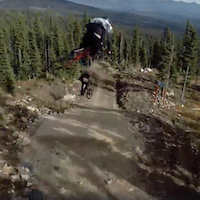 Those whoop sections...
5 years ago | by Smurf 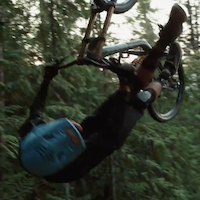 Summer shredding with Rheeder
6 years ago | by Smurf 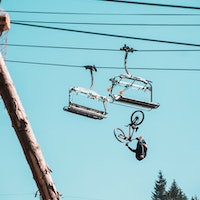 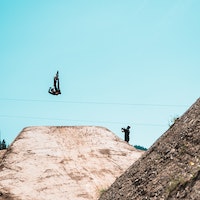 History made in Les Gets
6 years ago | by Smurf 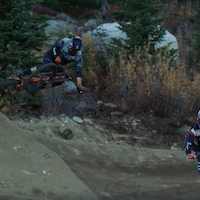 Maximum flow
6 years ago | by Smurf 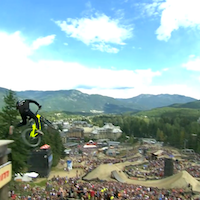 Nearly flawless
7 years ago | by Smurf Fresh threads from Fox
7 years ago | by Smurf Behind the scenes of #notTWObad with Brett Rheeder