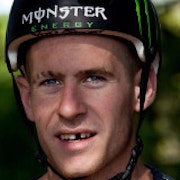 Hailing from Colchester, Essex, British freeride star Sam Pilgrim began riding as a 14-year-old, and soon won his first competition, the Filthy 48. In 2007, his first full year of international competition, 17-year-old Sam made freeride fans around the world sit up and take notice with a number of great victories, including King of Dirt in Austria.

He continued to progress in 2008 when he won the Nissan Qashqai Urban Challenge in London, and he went on to take further notable victories at 2010 and 2011 White Style in Leogang, the 2011 Red Bull District Ride in Nuremberg, and at FISE 2011 in Montpellier. 2012 was another successful year, winning at FISE again, as well as picking up victories at the Vienna Air King and at Balaton Bike Fest in Balatonfured, Hungary.

On the FMB World Tour he finished third in the overall standings in 2011, fifth in 2012, and in 2013 he became the first ever European athlete to win the competition since its establishment in 2010. He put his success down to ‘consistency and not crashing’, something that was beyond his main rivals Martin Soderstrom and Brett Rheeder who both had to retire from the battle due to injuries as the season was heating up.

A missing front tooth is proof of Sam’s penchant for speed, but he also has a bulging bag of tricks, including his favourite, the backflip tailwhip. Currently sponsored by brands such as NS Bikes and Monster Energy, Sam enters 2014 in great shape, ranked number four in the FMB World Rankings. 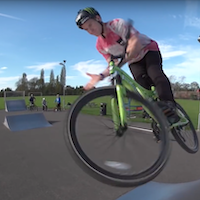 "OK, so that's one of the worst things I've ever ridden"
5 years ago | by Smurf London calling
6 years ago | by Smurf 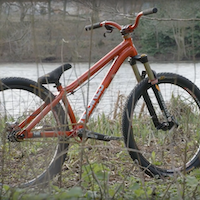 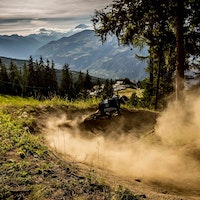 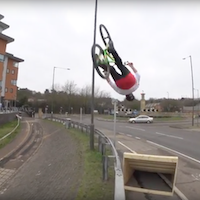 Shake up your local spots
6 years ago | by Smurf 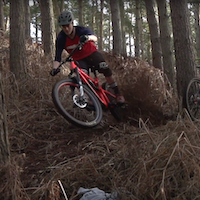 How to build a trail in half an hour with Sam Pilgrim... 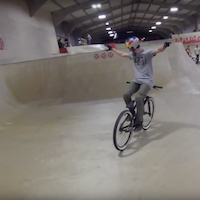 Foot down, obstacle course, fakie challenge and more
6 years ago | by Smurf 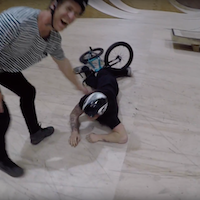 A new wheelsize battle?
6 years ago | by Smurf Sam Pilgrim's mega train through the streets of Taxco