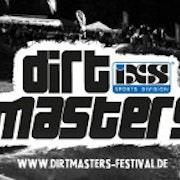 The international gravity mountain bike circus traditionally starts the new season at the Bikepark in the central German town of Winterberg, for one of Europe’s biggest mountain bike festivals – the four-day iXS Dirtmasters. More than 35,000 visitors, 200 brands and over 2,000 participants from all over the world participate in the event each year.

Dirt Masters hosts some of the world’s most popular mountain bike competitions, including the iXS German Downhill Cup, which was won in 2013 by GT Factory Racing’s Gee Atherton. In front of a huge crowd, and on a short, slippery course that featured both rooty, technical sections and flat, pedally stretches, Atherton took the win from home favourite Marcus Klausmann by an huge 6.16 seconds.

Other events at the festival include the iXS Rookies Downhill Cup, Veltins whip off challenge, TSG Cash for Tricks competition under the lights, a slopestyle contest, the BikeUnit 4X Rumble and the Upforce Pumptrack Riot.

In 2012 and 2013, a further event was added to the calendar – Red Bull Berg Line, a ‘gold’ event on the Freeride Mountain Bike World Tour. The competition showcased some amazing action on a challenging course designed by Canadian mountain bike legend and renowned track designer Darren Berrecloth. The inaugural edition was won by Spain’s Andreu Lacondeguy while the 2013 edition was won by Canadian Brett Rheeder.

Newsletter #1, 12/2007 Scott 4X Challenge The Scott 4x Challenge will take place for the first time within the iXS Dirt Masters festival. The race won’t be part of a 4X...
15 years ago | by admin

Just had news on this bike festival in Germany, sounds good. PRESS RELEASE. iXS Dirt Masters Festival 2008: date is fixed Europe’s biggest Freeride Festival takes place from May 23 to 25 in...
We use cookies on our website to give you the most relevant experience by remembering your preferences and repeat visits. By clicking “Accept All”, you consent to the use of ALL the cookies. However, you may visit "Cookie Settings" to provide a controlled consent.
Cookie SettingsAccept All
Manage consent