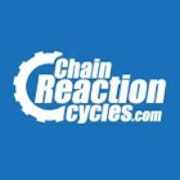 However, the brand is most well-known on the mountain bike scene for sponsoring the Chain Reaction Cycles World Cup downhill team, Team CRC/Nukeproof. As well as Nukeproof, the team is also sponsored by brands such as SRAM, RockShox, Avid, Truvativ, Mavic, Schwalbe, Troy Lee Designs, Muc-Off, e*Thirteen and Five Ten.

Team CRC/Nukeproof is managed by Brit Nigel Page, himself a former BMX and World Cup downhill racer. Team riders are Welsh teenager Mike Jones, Joe Smith, also from Wales, who scored his first top ten World Cup finish at Maribor in 2010, and Aussie star Sam Hill, winner of numerous podiums in the World Cup and a two-time overall series winner, as well as being a three-time winner at the World Championships.