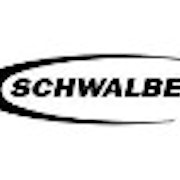 Owned by the Bohle family since its establishment in 1922, tyre manufacturer Schwalbe has a range of bike tyres designed for all off-road disciplines, including all-mountain, enduro and gravity. Its headquarters is in Reichshof-Wehnrath, Germany, with subsidiaries in France, Great Britain, Italy, the Netherlands and USA/Canada, and distributors in over forty countries around the world.

Among the latest additions to its range are a cross-country competition tyre specifically suited to dry terrain called the Thunder Burt, and the gravity/enduro-focused Rock Razor, an option for the rear wheel and on very fast, dry trails. Particularly exciting is the new-for-2014 sidewall-stable and snake-bite resistant Magic Mary, which was winning downhill World Cups and World Championships even in its prototype stage.

Schwalbe is the tyre of choice for the British Cycling MTB Downhill Series, where the Hans Dampf, Wicked Will, Dirty Dan, Big Betty or Magic Mary are used depending on conditions. The company also sponsors the prestigious Pro-Elite Female and Male categories in the series, offering prize money of over £10,000. 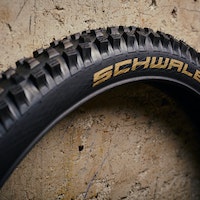 In mixed conditions the Schwalbe Magic Mary is our go to choice - a hugely confidence inspiring tyre for enduro or DH use.
6 years ago | by Smurf Brendan Fairclough and Neko Mulally talk tyres at the Lourdes and Cairns...

Want to know what rubber the pros run?
6 years ago | by Sean White Fast rubber for your rear wheel.
6 years ago | by Smurf 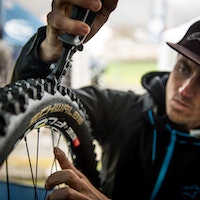 Is this really necessary?
6 years ago | by Sean White 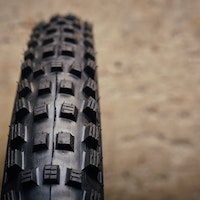 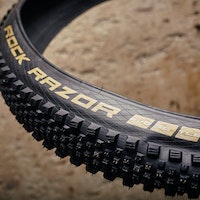 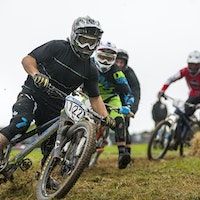 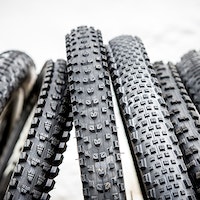 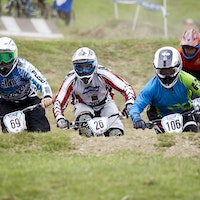 All the action from the 4X National Champs.
7 years ago | by Dave Jaquin Schwalbe Nobby Nic - That's what friends are for with Brendan Fairclough

Brendan Fairclough gets roost in face...