Marcelo Gutierrez Villegas, the speedy young Columbian and Cedric Gracia’s ex-team mate, is picked up by the Giant Factory Off-Road Team for 2013. Marcello has showed glimpses of what he’s capable of this year with a 2nd place at the Garbanzo downhill at Crankworx.

Giant are also focusing on Enduro with Adam Craig, Carl Decker, Josh Carlson and Kelli Emmett racing in that discipline. It’ll be interesting to see the how the World Enduro Series shapes up with both xc riders and downhillers up against each other.

With a former World Champion, a U.S. Olympian and multiple national champions in every off-road discipline—from World Cup downhill to enduro and XC events—the Giant Factory Off-Road Team is looking toward one of its most exciting seasons yet in 2013. Returning to lead the DH squad next season is 2011 World Champion Danny Hart. The 21-year-old Brit is looking forward to picking up where he left off after an injury cut his 2012 season short last summer. Hart scored three podium finishes and was fourth overall in the 2012 World Cup when a separated shoulder forced him to miss the final two World Cups and the World Championships.

“I was disappointed to miss some races last year, but that’s giving me more motivation this winter,” Hart said. “I can’t wait till that World Cup opener on my home turf in the U.K. I’ll be fired up and ready to go.” 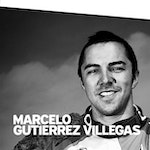 New to the DH squad this year is 22-year-old Marcelo Gutierrez Villegas, a four-time elite national champion in Colombia who finished 10th at the 2012 DH World Championships in Austria. On the enduro/XC side, longtime Giant rider Adam Craig is making the jump from the Rabobank-Giant team (now the Giant Pro XC Team), which focuses on World Cup XC racing, to the Giant Factory Off-Road Team. Craig, who won the 2012 U.S. Super D title on his Trance X 29er, is looking forward to a greater focus on enduro racing in 2013.

“I have a pretty sweet schedule lined up, pretty much hitting all the most interesting races out there,” Craig said. “Enduros, XC, all the types of events that most riders are stoked about these days.” 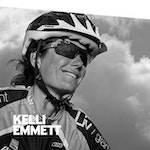 Craig will be joined by fellow Oregon resident Carl Decker, the three-time defending champion of the Downieville All-Mountain World Championship, as well as Kelli Emmett, the current U.S. women’s Super D national champion. And Australian Josh Carlson, a breakout talent on the enduro-racing scene last year, rounds out the enduro/XC arm of the 2013 team.

“This is a group of riders that’s fun to watch,” said Giant Global Marketing Director An Le. “They’re champion racers, but they’re also just amazing mountain bikers period. Our XC racers are ripping downhillers, and our downhillers train with power meters. Their versatility and style reflects the progression of mountain biking, as well as the bikes and gear we develop for the everyday rider.”

Once again, the team has a variety of Giant bikes in its arsenal, covering every type of course and all types of terrain—from lightweight composite hardtails to full-suspension XC, enduro and DH bikes.

For World Cup downhill and gravity events, riders will compete with the Giant Glory and Reign X. Enduro and cross-country riders will start the season on Anthem X Advanced 29er and Trance X 29er bikes, as well as XtC Advanced SL 29er hardtails. And as always, Factory Team riders will be involved in the development of new bikes and technologies, including prototype racing machines, throughout the season.

For photos, videos, news and other inside information on the Giant Factory Off-Road Team, follow them on Facebook at facebook.com/giantfactoryteam.

After five years together, Fabien Barel and Mondraker are going their separate ways.

Fabien Barel says Au Revoir to Mondraker
We use cookies on our website to give you the most relevant experience by remembering your preferences and repeat visits. By clicking “Accept All”, you consent to the use of ALL the cookies. However, you may visit "Cookie Settings" to provide a controlled consent.
Cookie SettingsAccept All
Manage consent