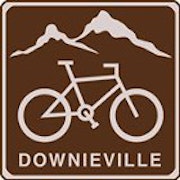 The Downieville Classic Mountain Bike Race and Festival takes place each summer near Downieville in northern California. Founded in 1995 by promoter Greg Williams as a way of showcasing the riding opportunities available in the local area, it started as a 28-mile, point-to-point cross-country race, and by 1998, a downhill time trial had also been added to the programme.

Since then, the festival has been staged every year except 2004, and has become incredibly popular with riders from all around the world. The 2014 event, which will take place from 31st July to 3rd August, will feature a cross country race following a rugged ‘Gold Rush’ era route departing from the mountain town of Sierra City, climbing to the crest of the Sierra Nevada, before plunging 5,200 vertical feet into downtown Downieville.

This will be followed by the Downieville Downhill Race – dropping 5,000 vertical feet in 15 miles from Packer Saddle to Downieville, it is probably the longest and most demanding downhill mountain bike race in the USA. Only riders who complete the cross country race the day before are eligible to start the downhill race.

Riders who compete in both cross country and downhill races on the same bike qualify for the All-Mountain World Championships, for which the times from both races are combined to find the best all-round bike rider. Since 2010, this competition has been won each year by Carl Decker from Bend, Oregon, despite competition from riders including Adam Craig, Levi Leipheimer, Macky Franklin and Cédric Ravanel. A new wave of Stage Enduro/DH events are spreading across Europe and North America. Dirt takes a look at the people, the places and the events...
10 years ago | by billy 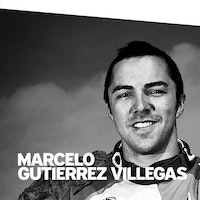 Marcelo Gutierrez Villegas, the speedy young Columbian and Cedric Gracia’s ex-team mate, is picked up by the Giant Factory Off-Road Team for 2013. Marcello has showed glimpses of what he’s...
12 years ago | by Dirt HQ 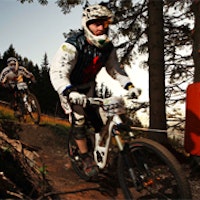 24 Hours of Downhill: The Craziest Race Ever?

It may well be the La Bresse World Cup this weekend, but this is where the real race is at! So we’ve had the Megavalanche, the Mountain of Hell, Downieville and...
13 years ago | by billy 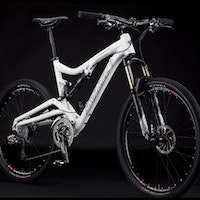 You might have seen this already. I was out and about so missed this Santa Cruz APP news. Dirt Magazine tester Steve Jones says “These bikes look well tidy, I...
13 years ago | by Renners 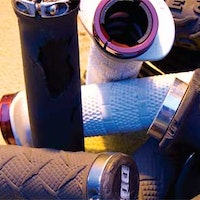 Grant Robinson is a funny guy 152 MAILSHOT We’ve been dealing out some healthy disrespect on all of our bikes, kit and clothing over the past few months and we will...
13 years ago | by Renners 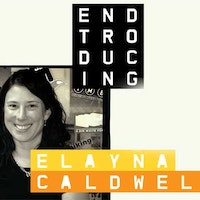 Elayna Caldwell has been entrenched solidly as one of the few distinctly female personalities hanging tough in the boy’s club of mountain biking since the days she was a young...
13 years ago | by Renners 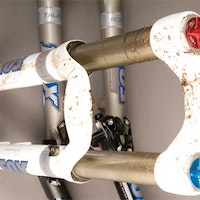 Why Doesn’t Tarzan Have A Beard? | Hammered

Why Doesn’t Tarzan Have A Beard? Fox 36 Forks 2009 Here we bloody go again. Seems like only yesterday I was trying to make a meal out of a can of oil...
14 years ago | by admin

There’s always been a few members of the human race determined to push themselves to the absolute limit and beyond, take Evil Knievel, Robbie Madison, Paula Radcliffe and Jimmy Saville...
14 years ago | by admin

Why Doesn’t Tarzan Have A Beard? Fox 36 Forks 2009 by Steve Jones. Here we bloody go again. Seems like only yesterday I was trying to make a meal out of a can...
We use cookies on our website to give you the most relevant experience by remembering your preferences and repeat visits. By clicking “Accept All”, you consent to the use of ALL the cookies. However, you may visit "Cookie Settings" to provide a controlled consent.
Cookie SettingsAccept All
Manage consent