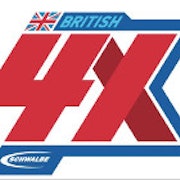 The Schwalbe British 4X Series is Europe’s biggest 4X series, attracting top riders from around the UK and Europe, as well as beginners and novice riders who may be giving 4X a go for the first time. Organised by Chris Roberts, it was first staged in 2010, when Will Longden won overall. The 2011 and 2012 editions were both won by Scott Beaumont of Yeti Racing UK.

The 2013 series kicked off in Afan, where Beaumont continued his domination of the competition with another victory. Tomas Slavik took the win in the next round at Falmouth, before Beaumont regained his place on top of the podium at Harthill. Beaumont went on to win at Redhill and Bridgnorth to wrap up the overall title by a big margin from Will Evans.

The overall women’s competition was won Katy Curd, with Cara Murray and Jessica Greaves making up the rest of the top three. 32 female riders entered at least one round of the series, and 18 women took part in the final round at Leamington. However, none could match Curd, who took her fifth race victory of the year.

The series will be run over seven rounds in 2014, visiting Harthill, Afan, Bridgnorth, Redhill, Falmouth and Leamington, with the winning team taking home £1,000 in cash. Winner of the men’s pro elite race at the first round was Beaumont (again), with Nathan Parsons, Duncan Ferris and Dave Richardson making up the top four. The women’s race was won by Cara Murray. 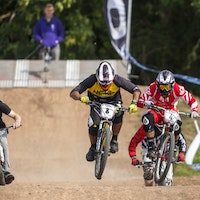 Chris Roberts lets us know what to expect for the final round of the 2014 British 4X Series at Leamington Spa, Warwickshire
8 years ago | by Ali The British 4X Series hit Falmouth in Cornwall this weekend for some windy racing action. Race report and full results here!
8 years ago | by Dave Jaquin 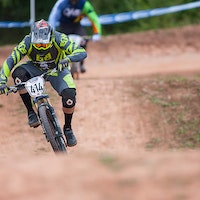 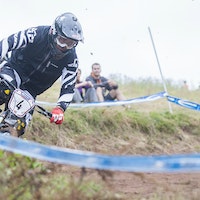 Chris Roberts lets us know what went down at round 4&5 of the British 4X series..
8 years ago | by Lauren Jenkins 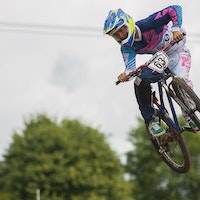 Chris Roberts tells us what went down at the third round of the British 4X series in Redhill..
8 years ago | by Ed 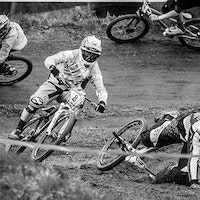 Chris Roberts fills us in on what went down at the first round of the British 4X series...
9 years ago | by James McKnight 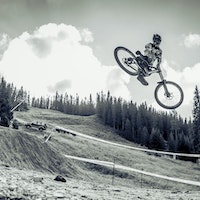 Get an insight into the happenings in the world of Dirt this week - including Sam Blenkinsop, Tracy Moseley and more.
9 years ago | by Ben 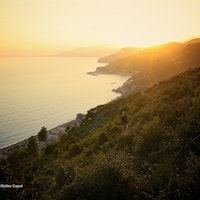 Yesterday we took a look at the top World Cup moments of 2013, today we're taking a look at the Enduro World Series Top 5 moments.
9 years ago | by Dave Jaquin Here's what went down during the final round of this year's British 4X Series...
We use cookies on our website to give you the most relevant experience by remembering your preferences and repeat visits. By clicking “Accept All”, you consent to the use of ALL the cookies. However, you may visit "Cookie Settings" to provide a controlled consent.
Cookie SettingsAccept All
Manage consent