This weekend marks a significant moment for UK enduro racing as it’ll be the first time a round of the Enduro World Series has ever been held on these shores. The Tweedlove World Enduro will be part of the much loved Tweedlove Bike Festival that spans two weeks and is generally crammed full of bikes and fun. It’s all based in and around Peebles in Scotland, and if you’re wondering where that is it’s here… 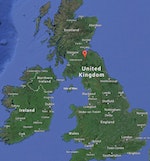 Scotland has some truly world class riding on offer, and significant chunk of it can be found in the Peebles area.

The Tweedlove World Enduro will be taking in some of the very best trails in the area, and as a whole the event certainly won’t be for the faint hearted. Aside from some truly technical trails there will be no shuttling/uplifts whatsoever, and with a total distance over the two days of 87km, and 2900m of climbing, it’s going to be far from easy on the legs.

Practice started today and continues until friday, but with no shuttling allowed during practice either it will be a challenge to make sure you get the tracks dialled whilst still leaving enough in the tank for the weekend of racing.

There will be eight timed stages in total, four on each day, and the details of the first day are as follows… Whoever planned this race is clearly evil. I mean stage 1 has what looks to be a killer climb in it, just what you need to set you up for a full day of racing. 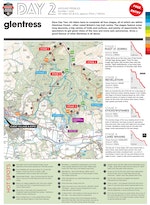 The distance may be shorter at 37km rather than 50km, but don’t for one minute think that the second day is going to be any easier because with 1500m of climbing there’s actually 100m more than the first day.

Weather wise it’s Scotland so anything could happen really, but this forecast doesn’t look too favourable. That said, other forecasts don’t look so bad. Like I said, unpredictable, but either way I’m sure we’ll be in for some incredible racing.

600 riders will be competing in this race, and entries sold out in less than an hour! With so many top names in attendance, and the unpredictability of enduro racing, it will be hard to bet on a winner, but with Jérôme Clementz out after sustaining a season-ending shoulder injury whilst racing in the French Enduro Cup earlier this month, I think Jared Graves is going to be the one to beat this weekend.

If you fancy heading up to catch some of the action then the good news is that it’s completely free to watch, and that includes entry into the big ‘Expo Area’ in Peebles itself. Don’t worry if you can’t make it though because we’ll be bringing you all the news as it happens, and of course our DirtTV video edits from the race. So stay tuned!

Finally, to whet your appetite, here’s the DirtTV video from the first round of the 2014 EWS in Chile…

Check out our photo gallery from race day number 1 at Valloire EWS 2014.

We get the inside track on some new Italian dampers

World Exclusive: Inside the Extreme Racing Shox Arma rear damper
We use cookies on our website to give you the most relevant experience by remembering your preferences and repeat visits. By clicking “Accept All”, you consent to the use of ALL the cookies. However, you may visit "Cookie Settings" to provide a controlled consent.
Cookie SettingsAccept All
Manage consent