Californian Troy Lee was born into a racing-crazy family – both his father and grandfather raced motorbikes to a high level – so it was only natural that Troy would become involved in racing too. However, Troy took a different route to the older Lees, instead painting helmets in his parents’ garage for his motocross racing friends.

Thirty years later, Troy is behind the paint job on the helmets of many of the world’s leading racers in every off-road motorcycling and cycling category, and his business Troy Lee Designs is recognized as the premier custom helmet paint shop in the world. In recent years the company has expanded to also offer a complete line of helmets, apparel and premium protection as well as sportswear and accessories.

TLD now has its headquarters and showroom in Corona, California, and also runs a boutique in nearby Laguna Beach. 53-year-old Troy is still the man at the heart of the business, dividing his time between cross country biking with his four children Max, Carly and twins Dylan and Maya, and creating innovative products that exceed the cutting edge in style, design and quality.

The company had its own mountain bike team in the nineties, and in early 2014 it was announced that it would return to the scene in partnership with Chicago-based bike component manufacturer SRAM – the all-American SRAM/TLD Racing team would be made up of downhillers Walker and Luca Shaw, plus cross-country racer Russell Finsterwald. 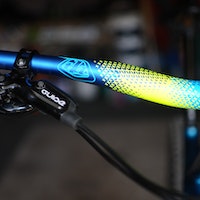 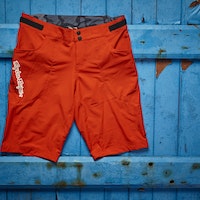 All round favourite here at Dirt, for anything from trail riding to DH use.
9 years ago | by billy 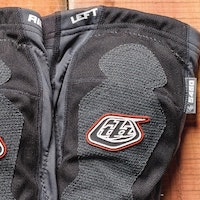 Although the majority of riders are most at home in a set of knee-only pads, the 5450 knee and shin guards from TLD are so comfortable that we can’t see...
9 years ago | by Ed 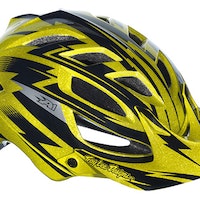 It has a taken an eternity but now Troy Lee Designs have finally unveiled their first ever trail lid, the A1.
9 years ago | by Ed ODI The Machine & TLD Glow In The Dark Grips | Fresh...

Two new Lock-On grips from the originators of the system.
9 years ago | by Ali 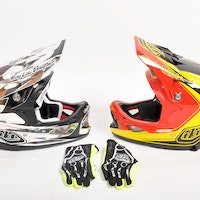 Roll up, roll up: new TLD bike wear. This new Troy Lee Designs kit is, as ever, head-turning and well designed. The preview box has turned up containing two D3s (one...
12 years ago | by billy

The Sea Beaver festival starts next week in Monterey, California. The Parkin Bros will be there for DirtTV bringing you all the action and satisfaction that you could ever possibly...
12 years ago | by Renners

Troy Lee Designs’ T–Bones give the ultimate protection. We love their close fit, padding and support right around the knee area. We’ve taken plenty of slams on the T–Bones and they...
12 years ago | by Renners

There has been quite a buzz around the new D3, mainly because Troy Lee’s D2 is so iconic and everyone’s favourite full face lid. The D3 has significantly more protection,...