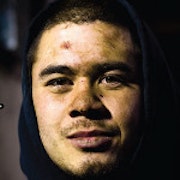 North Californian Ben Cruz began racing downhill at the age of 12, and was inspired to take his skills to the next level by mountain biking legend Mark Weir. He turned professional as a 20-year-old in 2010, and, a year later was signed to the Cannondale Overmountain team alongside riders such as his hero Weir and Jerome Clementz.

His professional career didn’t start too well, as he broke his ankle in the 2011 Trans Provence race, but he picked himself up, dusted himself off and came back strongly in the same event the following year to finish in a creditable 13th place. He also beat Clementz to take the 2012 National Enduro Race in Valdivia, Chile.

In 2013, his first full-time season on the circuit, he finished third in the Spanish Big Ride national enduro in Tui and followed that result up with a fourth-placed finish in the Enduro des Hautes Vosges in la Bresse, France. He also featured in the inaugural Enduro World Series, with a best result of sixth in the first race at Punta Ala, and an overall ranking of 53rd.

Ben may not be the smoothest rider around, but he has an amazing set of bike riding skills, and an unrivalled ability to push a bike as far as it can go. Expect him to move up a gear in 2014, making the transition from product tester to professional trained athlete in the second edition of the Enduro World Series as well as the California Enduro Series and other international races. 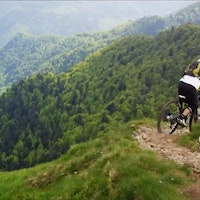 2013 Enduro World Series champion Jerome Clementz shows teammate Ben Cruz around his local trails in the Alsace. Jerome is possibly the best embassador Enduro could have, pinned, funny and likes a...
7 years ago | by Ben 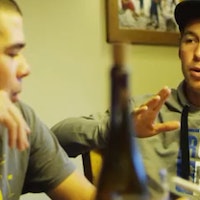 In this video we check in with, Jerome Clementz and Ben Cruz mid way through this season.
7 years ago | by Ben Ben Cruz crashes at high speed, but we have been assured he's okay though!
7 years ago | by Ed 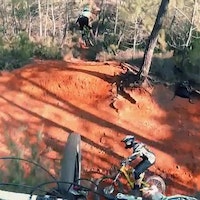 Some very rad looking trails with some equally rad riding courtesy of the MIA Santacruz team and Ben Cruz...
8 years ago | by Dirt HQ ‘Talent spotted’ at a young age by US legend Mark Weir, Ben Cruz is now forging ahead in the world of mountain bikes, travelling the world and living the racing...