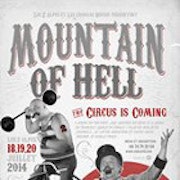 The Mountain of Hell is an enduro freeride event in the resort town of Les 2 Alpes, in the northern French Alps. The 2014 edition, the 15th, is due to take place from 18th to 20th July – the first day is set aside for the riders’ inspection of the course, followed on day two by qualifications to decide the starting grid in the race itself, before the race on the final day.

The course starts from the glacier of Les 2 Alpes, and descends 2,600 m over 20 km of brutal tracks and climbs featuring snow, ice, shingle, rocks and camber, before reaching the finish line in Venosc. The route is marked out by gates, arrows on the ground and barriers marked with arrows, and it is compulsory to ride within the trails – all cutting is sanctioned with a variety of penalties.

View More Mountain of hell
9 years ago | by Dirt HQ A new wave of Stage Enduro/DH events are spreading across Europe and North America. Dirt takes a look at the people, the places and the events...
9 years ago | by James McKnight 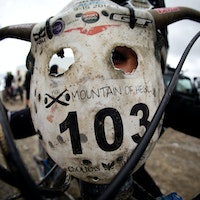 The team behind the legendary Crankworx festival give it a go in Europe...
10 years ago | by Dirt HQ 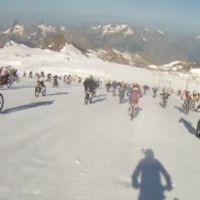 Fancy this? Mountain of Hell is certainly one of the craziest races on the planet from a rider's point of view.
10 years ago | by Ed 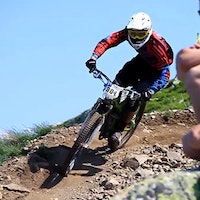 Greg Callaghan fills us in on his latest racing adventures...
11 years ago | by billy 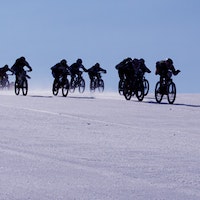 Just getting some unofficial Mountain Of Hell results through the internet pipe. Photo: Stef Cande We’ll bring you the full official results when we get them but here’s the list so far...
14 years ago | by admin

MOUNTAIN OF HELL   By Jake Ireland   There really is no way of describing to anyone who hasn’t competed in this race just what it’s like. Having a massive crash on Thursday just...
14 years ago | by admin

For those of you going or thinking of going to the Mountain of Hell race on 17-19 July, the guys at www.rideoisans.com are giving up the last few chalet spaces...
14 years ago | by admin

Win a trip to the mountain of hell in Les Deux Alpes...

Quick, like the Nike6.0 thing, this competion is ending soon. This is your last chance to win a holiday sliding down a French glacier on your arse while watching your...
14 years ago | by admin