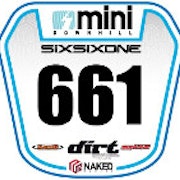 The 661 Mini DH race series is organised by Chris Roberts’ NakedRacing, a volunteer organisation which aims to stage fun, friendly and challenging events for all disciplines of mountain biking. The aim of mini DH is to give anyone the chance to start racing downhill, even those as young as 10 years old. Riders compete against the clock to get the fastest time over two timed runs.

The Mini DH concept originated in 2007, when Roberts saw a rider on a DH bike crash into a tree at Chicksands Bike Park near Bedford. That short Chicksands tracks was used for the first Mini DH race, aimed at locals who find normal DH races too expensive or distant to race. 661 were soon on board as main sponsors, and the 661 Mini Downhill Series was born.

By 2012/13, the series had settled into a format of three races held over the winter months in the Forest Of Dean. The tracks feature a good mix of terrain, with swooping corners and sections full of roots and rocks. Victorious in the first race was Duncan Ferris and Katy Curd, while the second race was won by Jono Jones and Beverley Barnes. The final race was won by Will Soffe and Suzanne Lacey.

In 2013/14, the sixth Mini DH series, the calendar was expanded to four dates – while famous names will no doubt continue to take part, attracted by the series’ laidback atmosphere and good vibe, Mini DH has also become a breeding ground for new local talent to emerge. 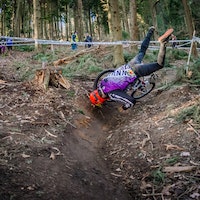 Forest of Dean Mini Downhill round 1 - report, video and photos

Ben Deakin brings the goods
7 years ago | by Ed 27 girls turned out for the Mini DH race in the FOD last weekend, that's more than at some World Cups! Here's a little video of them in action, plus...
7 years ago | by Ed 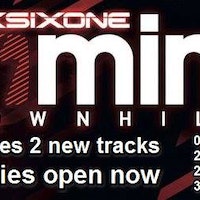 Fancy a bit of winter racing? Well get yourself signed up to one of these great races...
8 years ago | by Ed 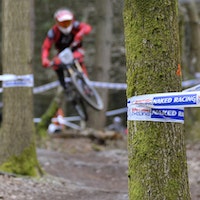 Jim Buchanan gets all nostalgic...
8 years ago | by billy 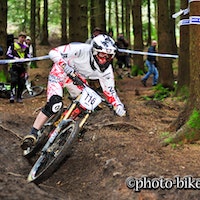 The final rd of the 661 Mini DH WInter series goes down this Sunday!
8 years ago | by Dirt Contributor 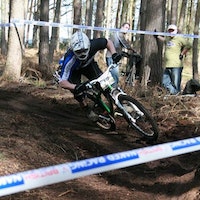 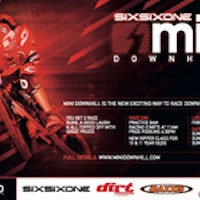 661 Mini DH this Sunday in the Forest Of Dean

This Sunday 4th December see’s the return 661 Mini DH races in the Forest of Dean. The race has already sold out but there still time to enter the January and...
10 years ago | by billy 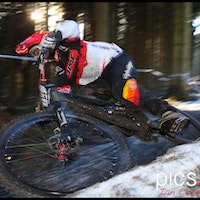 661 Mini Downhill final in the Forest of Dean

This Sunday is the final 661 Mini Downhill race in the Forest of Dean for this winter season. Who knew that Jess Stone was a Kick Boxing Champ?! Respect. Get yourself down...
10 years ago | by billy 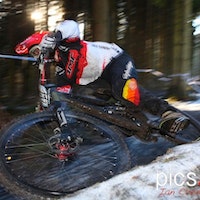 Pop along with your video camera to the Mini Downhill at the Forest of Dean this weekend and you could win yourself 100 quid to spend in the Torico shop. I...