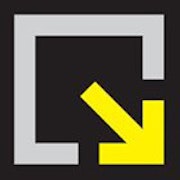 Each race in the Irish Gravity Enduro Series is a two-day event with optional practice on Saturday and the race only on Sunday. The venues in the series all have their own unique terrain and challenges, but each course is approximately 25 km long. Riders can start the event in any order between 10am and 11.45am.

There are four or five mainly downhill ‘special stages’ in each event – the route to the start of each special stage is uphill, but there is no time limit to get there. The descents are technical in places to justify having to pedal a 150-160 mm travel bike all day, but organisers say that entrants can ride safely down the course without doing any major jumps or drops.

The series was first contested in 2012 – made up of four rounds plus the Series Championships at Bigwood Forest, Co. Down, the Pro Men’s overall winner was Joe Barnes, while the women’s prize went to Rose Griffin. In 2013, there were again four rounds, plus the Series Champs at Djouce Woods, Co. Wicklow and the Bluegrass Enduro at Ballyhoura, Co. Limerick – overall champions were Dan Wolfe and Katy Winton.

The 2014 search to find the best all-round mountain biker in Ireland will encompass five races at venues all around the country. The action kicked off at Ballinastoe, Co. Wicklow (where Gavin Carroll and Leah Maunsell emerged victorious) and will be followed by races at Ticknock, Ballyhoura, and the Series Champs at Djouce, before the final round in September at Carrick, Co.Wicklow. On the road with Greg Callaghan: Part 3 On the road with Greg Callaghan: Part 2 - Punta Ala

Dirt Norco rider Greg Callaghan brings us the second part of his blog.
7 years ago | by Stanny On the road with Greg Callaghan

With the first round of the all new Enduro world series taking place as we speak this weekend in Italy, Dirt Norco Enduro Team rider Greg Callaghan describes his lead...
8 years ago | by Stanny 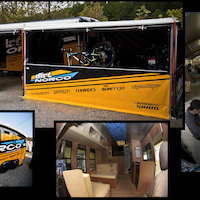 We are very excited to announce that Team Dirt Norco has signed 2 new DH riders as well as an Enduro rider for 2013. Ben Reid: (Rider/Team Organiser) I think 2013 is going...
8 years ago | by billy Joe Barnes and Tracy Moseley win the second round of the Irish Gravity Enduro near Dublin. The Monmouth massive loaded up the van and journeyed over to Dublin to race this...
8 years ago | by billy 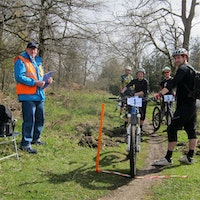 Round one of the X-Fusion/Enduro 1 series kicked off at the Forest of Dean last weekend with an entry field stacked with Elite DH riders, xc riders, Enduro specialists, Sunday...
8 years ago | by billy Joe Barnes and Jess Stone win the first round of the Trek Gravity Enduro just outside Dublin. Sounds like Niall Davis and the Irish crew nailed the fun Enduro format; no...
8 years ago | by billy Fireside chit chat with national treasure Tracy Moseley. Dirt Magazine’s Steve Jones drifted up the A449 in the @Peugeot Sport to Malvern for some chit chat and homemade soup with mountainbike...
9 years ago | by billy Bejesus! Organiser Niall Davis just beamed over news of a Gravity Enduro series in Ireland. Gravity Enduros are fast becoming the new rock and roll. So I suppose in Ireland that...