German framemaker Nicolai, founded in 1995 by Kalle Nicolai, is based in a converted 19th-century farmhouse in the tiny town of Lubbrechtsen in the north of the country. Over the years, Nicolai has also sponsored many successful mountain bike teams and riders, and the Gates Nicolai team currently operates in the enduro, 4X, downhill and supercross BMX disciplines.

Nicolai’s bespoke aluminium alloy frames are still individually made to order, with each frame taking four to six week to build as parts are cut, machined, welded and aligned into shape by a small team of highly-skilled workers. There is a vast array of custom build options and paint jobs for customers to choose from.

This is Dirt's pick of ten of the fastest downhill bikes of the year, selected from the Dirt 100 2017
5 years ago | by Sean White With more riding time on the Geometron G16 this year, we've grown to love and respect Mojo's enduro bike even more, along with the stunning Nicolai build quality.
6 years ago | by sjones 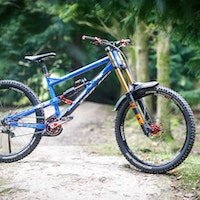 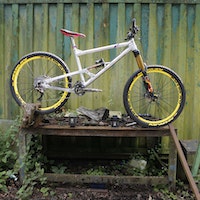 Big and strong and ten foot long...
7 years ago | by sjones Long, longer and longest. Take your pick from these ground breaking enduro mountainbikes.
8 years ago | by Ed OMG! Someone has actually ridden a fatbike fast, and it's even got...

Nicolai have just released their new Argon Fat Pinion bike and to promote it they've somehow managed to video someone going fast on it! Top effort.
9 years ago | by James McKnight 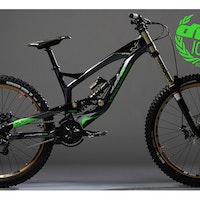 We've rounded up all the best downhill bikes featured in the 2014 Dirt 100 into one place.
9 years ago | by James McKnight 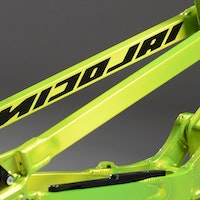 The Gates Nicolai Team edit has just dropped, as well as pictures from photographer Hoshi Yoshida. The video follows the team in  Leogang during the World Cup and 4x round...