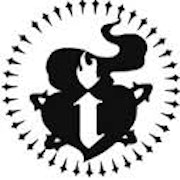 Intense Cycles is a highly unusual company – not only is it one of the few mountain-bike only companies remaining on the scene, but all its aluminium bikes are still manufactured in Temecula, California (carbon fibre frames are manufactured in Asia). Its numbers are small, with between 15 to 20 bikes and frames completed each day.

The company was founded in 1992 by Jeff Steber at a time when World Cup downhilling was still being done on hardtails. Jeff revolutionised the sport with the world’s first full-suspension downhill-speciﬁc bike, the M-1, which quickly caught the attention of stars such as Shaun Palmer, who won silver at the the 1996 World Championships on one, changing the face of the sport forever.

Between 1996 and 2000, many major brands, such as Muddy Fox, Giant, Iron Horse and Maxxis DH, bought Intense bikes and rebranded them with their own logos, The current Intense range features XC, trail/enduro and two downhill bikes, the 951 EVO and the M9, the latest model in the M-series which has achieved iconic status as the choice of many of the world’s fastest downhillers.

There is an extensive line-up of Intense team riders including Brian Lopes, Lucas Cowen, Alex Willie, Luca Cometti and Dexter Robson of Intense Cycles, plus others including