Californian Brian Lopes is undoubtedly one of the finest off-road bike riders of all time. He began his cycling life on a BMX at the age of four, and was soon taking part in, and winning, BMX races. He turned pro as a BMX rider at 17 and experienced great success on the circuit for seven years.

However, it is as a mountain biker that he has become most well-known, famous for his speed, flawless style and astonishing competition record. His titles include six World Cup overall wins (three in dual slalom and three in 4X) and four World Championships (in 2001 in dual slalom, and in 2002, 2005 and 2007 in 4X). He also has 26 World Cup race victories, an all-time record for a male rider. In August 2010, he won his fifth consecutive AirDH downhill at Crankworx on the famous A-Line downhill in Whistler.

After over 20 years as a pro racer, Brian is still competing all over the world, and remains an inspiration to bikers and action sport enthusiasts everywhere. In 2012, he rolled back the years with a victory at the first-ever World Cup Cross-Country Eliminator event in Houffalize, Belgium.

In 2013, he finished in the top ten at Sea Otter, only 1.9 seconds off the best downhill racers in the world. He also finished 15th in the first round of the inaugural Enduro World Series in Punta Ala, and was spotted at Crankworx, a number of US enduro races, and at the Kamikazi Bike Games in Mammoth, California. 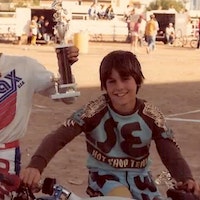 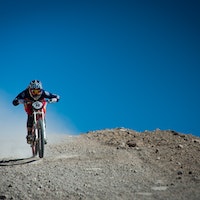 KITTY LITTER | RETURN OF THE KAMIKAZE

The Kamikaze… it’s safe to say that it's the most notorious downhill track of all time...
9 years ago | by Nick Hamilton 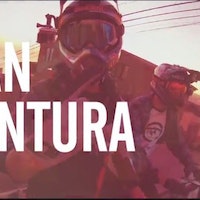 Freeride the streets of Valparaiso, Chile

What do you get when you mix massive amounts of Stoke, with a large portion of creativity in the blender of an incredible south american city on a huge hill?...
10 years ago | by Ben 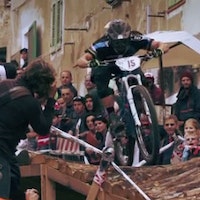 Brian Lopes and John Hauer at Punta Ala X-Fusion is pleased to announce the signing of 4-time World Champion Brian Lopes.
15 years ago | by admin

Just heard this news that 4x World Champion Brian Lopes is to part company from GT after six years with the company, he doesn’t sound too happy about the whole...
15 years ago | by admin

KINTNER AND LOPES DOUBLE UP IN AUSTRIA FOR GT

On Saturday night Jill Kintner and Brian Lopes took the wins in the World Cup 4X in Schladming. Lopes’s victory means that he now has an unbeatable lead in the...
We use cookies on our website to give you the most relevant experience by remembering your preferences and repeat visits. By clicking “Accept All”, you consent to the use of ALL the cookies. However, you may visit "Cookie Settings" to provide a controlled consent.
Cookie SettingsAccept All
Manage consent