In this perilous sport, one of solitary space and calculated risk we have become slightly used to the injured returning. On this occasion we will not.

He had the engine and a cutting edge to shred the field, but in life, and in person, Stevie Smith was rarely like the noisy, smelly two stroke of which he’d been associated.

Quietly confident, ferociously competitive, but with an unforgettable style and poise as he engaged in the world’s most complex root systems. He was graceful in and around the contact of rock and root even if his build was ’dozer-like, it was his way down the hill, often liberated on line choice, and, as it was to prove, frighteningly accurate. Along the way Smith had found a way to drop the leash, that seldom found untethered looseness, that illusive uncoupling between rider and ground, but still intimately connected with the terrain using his Devinci as a hinge. Stevie, it seemed, had high risk in a bear-like grip. Everything revolved around the bike but there was no doubt who was in command here. Stevie on full tilt was unmistakeable.

From behind the lens photographers would get edgy, from behind the tapes he’d send his avid band of followers into a frenzy. Nicknamed the “Canadian Chainsaw Massacre” he would draw Stihls and Huskies out of the darkest corners of Canada and indeed worldwide. Here was a man that could melt piston rings.

As a junior Smith never really delivered the results to go with the style. In his first season he was of the Cam Cole, Sam Blenkinsop era. He finished sixth in 2006 World Championships in Rotorua, an event unsurprisingly dominated by the locals. In 2007 he was tipped for the top, but it was a race again dominated by a local and a pile of Aussies of whom we have seen little of since. He left the juniors surrounded by those who would be his contemporaries – Marcelo Gutierrez, Remi Thirion, Josh Bryceland.

The transition through to seniors was solid. In only his second world cup race Smith qualified fifth at Vallnord behind some of the most successful names that downhill has ever seen – Atherton, Hill, Barel, Peat – now it seemed was the time, but was it too much too quickly? Stevie finished tenth on the final day, but everyone was now asking how soon would it be until he surveyed and saluted the post-race fans and photographers, spraying the Tattinger?

2009 was steady on the MS Evil team but in 2010 Smith once again showed his intentions by finishing sixth in Val Di Sole, one tenth ahead of Aaron Gwin who was growing in confidence. Oh yes, Smith was deeply involved in the Gwin era.

On the 1 August 2010 Stevie podiumed one of the toughest races on the calendar – Val Di Sole, Italy. No stranger to root and steepness, the Canadian carved into the arena with confidence on the rise, and with the World Championships now closer to home Smith went to Mt St Anne with his target in view. It was an incredible run from the man from Vancouver Island, but just not enough to topple Hill, who was simply in one of his moods. The kind of day that was out of reach. The kind of day that one day would be his.

The Smith story was growing, progressing, and the start to his fourth senior year in 2011 was more purposeful than ever. Having left the troubled brand Evil, Smith was now on Devinci. This was intensifying stuff. He won the Canadian Open but was still searching, the desire was escalating. He needed to win, his fans from all parts of the globe were now willing him onwards.

He lost to Gwin in Windham by a whisker of his increasingly lengthening moustache. Garbanzo, Air Dh and Canadian Open wins followed and then added a bronze World Championship medal – the only senior male downhill Canadian to ever achieve medals at this event.

It all seemed so inevitable. Stevie Smith was engaging, he made a huge impact. He had charisma, a cheeky grin and there was simply only one way that his career was heading. It was not a case of if, but when, he would win his first world cup. His had become a slow advancement rather than an attack by this point, he had but the door to break down.

But winning a world cup requires dropping some pretty hefty lumber. It was appropriate then, that in a country with a density of woodland similar to his own that the final cut was made. Hafjell, Norway 2012. First. Incisive, and now rolling menacingly down the hill.

2013 began in uncompromising fashion with Smith in an almighty arm wrestle with Gee Atherton. For the first three rounds they went head-to-head with the Canadian tracking the British rider who was in the form of his life. The series moved across the Atlantic to Mont Sainte Anne where Stevie had narrowly missed out on gold a few years earlier. The crowds were again howling for blood. It was the start of something utterly compelling, savagely brilliant. And as it turns out a record that holds a big place in downhill history.

Andrew Shandro had podiumed at this venue, he was also on home soil back in 1993. That was how long it had been and how hungry these blood thirsty crowds were. The race was, as it panned out, to be a turning point. Stevie won of course, but what had started as a touch of pushing and shoving was now an all-out brawl in which someone was sure to get hurt. The series was to reach its conclusion in Leogang, late summer, but before that Atherton and Smith had Hafjell to deal with.

Smith and Atherton were no strangers to root, each pretty much living amidst a radical landscape. And so it was that on such a system that the series was decided. But then again it wasn’t, Gee going the wrong side of a sitka and Smith ahead on pretty much all the splits that day didn’t change the fact that the series would reach a thumping conclusion in Austria, a test of nerve and skill. Had Smith taken the sting out of Atherton? The most incredible application of racecraft was about to be put to the test and witnessed live. The pressure was acute.

His run had all the hallmarks of a champion, it was loose yet calculated, precision amongst chaos and yet with the merciless weight of pressure this was an immeasurably cool run. One of the most important runs of his life.

Stevie had unlocked the secret of racing that very few manage to find. He matched Corrado Herin, Nico Vouilloz, Sam Hill, Steve Peat and Aaron Gwin in winning three races on the trot in one season. His World Cup series winning season. The first Canadian not just to win a World Cup downhill series but to come anywhere near.

At 26 he had a depth to his racing career that is lacking amongst nearly all his contemporaries of the same age. Downhill has lost a man on top of his game.

Taken down by injury in 2014, Stevie was clawing back to fighting speed again. He had shown steel and conviction to come back from his injuries. He was returning to mesmerise us again as he had done before. Just last month, in Lourdes, Smith demonstrated he had regained the form to take the fight to the wire, and in Cairns the spirit and humility to go with his skill and endeavour. Everyone fully expected him to make a rowdy re-appearance at Fort William. On this occasion he will not. 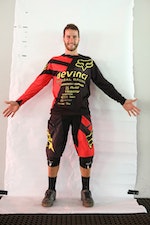 Tough decisions to be made to stay in the hunt!

First top 20 of the year for our boys

Fort William World Cup 2016 - Propain Dirt Zelvy team recap
We use cookies on our website to give you the most relevant experience by remembering your preferences and repeat visits. By clicking “Accept All”, you consent to the use of ALL the cookies. However, you may visit "Cookie Settings" to provide a controlled consent.
Cookie SettingsAccept All
Manage consent