Manon Carpenter is one of the up-and-coming stars of the women’s off-road cycling circuit. She was inspired to take up the sport by her father and now coach Jason, a BMX track builder, and after experimenting with dual slalom, enduro, BMX and motocross, she now concentrates primarily on 4X and downhill.

Her breakthrough onto the world stage came in 2011, when, soon after joining the Madison Saracen DH team, she was crowned Junior British Series Champion, Junior World Cup Champion and Junior World Champion. The following year, competing against the elite of the sport, she continued to impress, with second place at the World Cup race in Pietermaritzburg, bronze at the World Championships in Leogang, and the British elite national downhill title.

Manon’s success continued in 2013 with a second-placed finish in the first World Cup race of the season at Fort William, three further second places at Vallnord, Mont Sainte-Anne and Hafjell, and a third place in the final round at Leogang. Her consistent performances meant she finished the series third overall. She also competed with success in early rounds of the Schwalbe British 4X Series.

At the end of 2013, she starred in Manon Carpenter: Wildcat, a film from Liam Murphy featuring imaginative angles, clever cuts and Manon’s flat-out riding style. Manon and Murphy teamed up again in early 2014 for another film in which she flew down a new downhill trail on her home turf of Cwmcarn, south Wales. 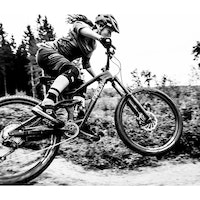 Plastic fantastic from Radon
4 years ago | by Smurf 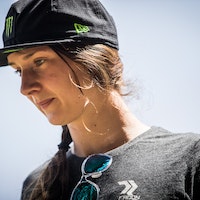 Manon Carpenter: “My head just wasn't in it“ 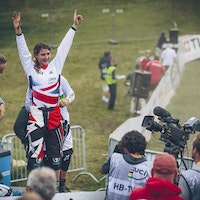 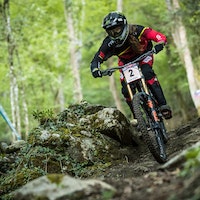 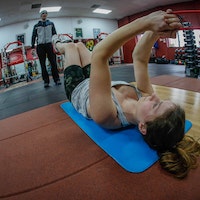 The Body of a Downhill Racer

Life plans and goal plans.
4 years ago | by Dan Griffiths 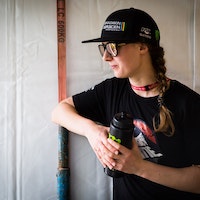 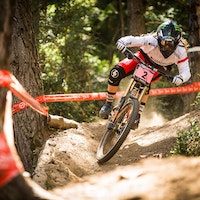 Manon heads to the German upstarts
5 years ago | by Smurf 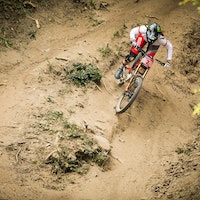 TO CELEBRATE THE TWENTIETH ANNIVERSARY OF DIRT WE’RE SPEAKING TO THE BRANDS AND RIDERS THAT HAVE SUPPORTED US THROUGHOUT THE YEARS. WE’LL BE ASKING 20 QUESTIONS ON THE PAST PRESENT AND...