UK Gravity Enduro is a five-race enduro series held each year around the UK. Each enduro event is held over a weekend with open practice and seeding taking place on Saturday afternoon and the main enduro event taking place on Sunday. Seeding takes place on one of the stages which will be used in the main race, usually stage 5, with the seeding time also going into the overall time.

The series was first staged in 2011, when Rob Cooksley and Helen Gaskell won overall. The following year, Neil Donoghue and Tracy Moseley took the two top spots. In 2013, the women’s competition was again dominated by Moseley, who, as she did in 2012, won four of the five races in the series. The men’s competition was a closer affair, with Dan Atherton, Mark Scott, Donoghue and Alex Stock all claiming individual race wins, and Stock taking the overall title.

In 2014, the series kicked off at Scotland’s Ae Forest in April – out of 307 competitors, Ben Cathro came out on top in the men’s race, 7.32 ahead of Stock, while Gaskell won the women’s race. Later in the year, the series is due to visit Innerleithen, Afan and the Dyfi Forest, before concluding at Grizedale on 6th to 7th September. Dirt catches up with enduro star Tracy Moseley as she enters the end of the season.
8 years ago | by Ed 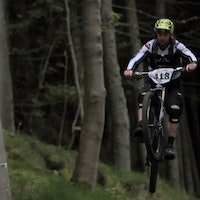 All the action and results from the second round of the UK Gravity Enduro Series in a rather moist Innerleithen.
8 years ago | by Ed 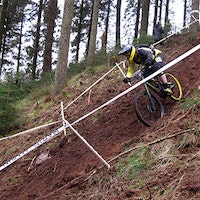 Aidan Bishop brings us the race report from the first round of the UK Gravity Enduro Series, and a pretty sweet video of the race...
8 years ago | by Ed 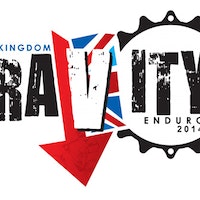 This weekend saw the first round of the UK Gravity Enduro Series take place at Ae Forest, and here are the full results...
8 years ago | by Ed The grand finale of the UK Gravity Enduro Series just went down at Eastridge in sunny Shropshire, and here's the video...
8 years ago | by Ben Check out this awesome video from the guys at Wideopenmag of last weekends UK Gravity Enduro at Dyfi Forest.
8 years ago | by Ben Round 4 of the 2013 UK Gravity Enduro went down last weekend at Dyfi Forest, here are the full results.
9 years ago | by billy Neil Donoghue and Tracy Moseley put the Hammer-sterley down and come away with the goldie looking medalions!
9 years ago | by Nick Hamilton 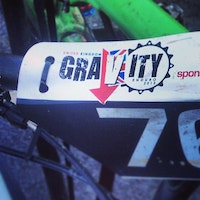 I had the pleasure of racing an Enduro for the first time in 5 years this weekend. Round 3 of the UK gravity Enduro series was sun baked and dusty...
9 years ago | by billy 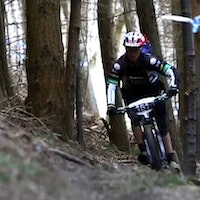 http://vimeo.com/65090904 When tough cookie Tracy Moseley describes the conditions as “brutal” you know it was definitely hard work! You’ve got to feel for Gary Forrest though. Fastest in seeding on Saturday...