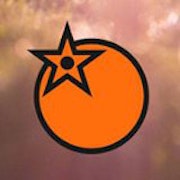 Orange is a British mountain bike company founded in 1988. It offers a range of all-mountain, suspension XC/trail, aluminium hardtail and cross/freeroad bikes, plus components and clothing, and the Diva range of XC trail hardtails and suspension bikes for women. Entry and mid-level bikes are built in Taiwan, while more expensive models are handbuilt at the company’s Halifax, West Yorkshire factory.

One of its most famous bikes is its original hardtail, the Clockwork, named after the iconic Stanley Kubrick film (or Anthony Burgess novella), and still part of the range today. A superlight 29er, the Clockwork is available in original, S and Pro versions, and a special, limited-edition, 25th anniversary model individually numbered from 001 to 025 was released in 2013.

Many of the sport’s greatest names have ridden Orange bikes to podium success over the years since the first Team Orange was formed in 1990. In 2001 the Global Racing DH squad, made up of Missy Giove, Greg Minnaar, Markolf Berchtold, Mick Hannah, Naoki Idegawa, Daisaku Kaneko, Sean McCarroll, César Rojo and Marielle Saner, used Orange bikes on the World Cup circuit.

Individual triumphs for Orange include Steve Peat’s overall victory at the 2002 World Cup series, and his race victory at Fort William in 2005. Aussie Tracey Hannah won the under-21 downhill world championship in 2006 on an Orange, and the following year won her first World Cup race at Schladming. 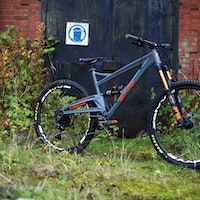 SINGLE PIVOT HALIFAX MADE 29ER
4 years ago | by Smurf 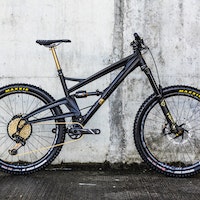 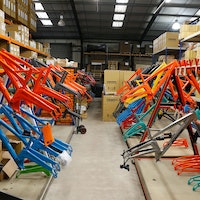 The making of an Orange

A thing of beauty
4 years ago | by Sean White 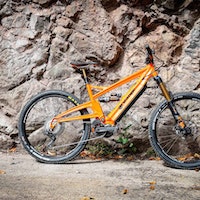 This is Dirt's pick of ten of the fastest downhill bikes of the year, selected from the Dirt 100 2017
5 years ago | by sjones 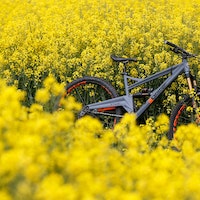 A bike in a hurry
5 years ago | by Sean White 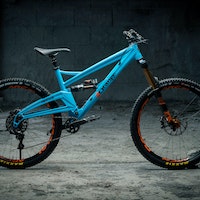 The Alpine 6 is the latest evolution of Orange's hard hitting enduro bike - it just keeps getting better.
We use cookies on our website to give you the most relevant experience by remembering your preferences and repeat visits. By clicking “Accept All”, you consent to the use of ALL the cookies. However, you may visit "Cookie Settings" to provide a controlled consent.
Cookie SettingsAccept All
Manage consent