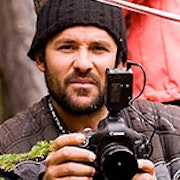 Originally from Cape Town, South Africa, multi-talented Sven Martin moved to the USA in 1998 to pursue a career in professional skateboarding. He soon moved from competing in competitions to photography because of problems with his visa, and found he had a natural skill for it, following in the footsteps of his brother and father, both professional photographers.

He was a late starter on a mountain bike, not picking up a bike for the first time until the age of 28. He raced World Cups for many years, but, aware of his limitations, he again gravitated towards photography. With a skateboard-influenced style, concentrating mainly on tight action shots, Sven quickly developed a reputation as one of the sport’s most-liked cameramen, helped by his close relationship with a lot of his subjects.

Although he shoots all types of cycling, he now primarily works with gravity and big trail/mountain-orientated mountain biking. At first he would do his own qualifying run before grabbing his camera and shooting the top 50 guys in his full race kit, but these days he only competes occasionally in DH or Mega-style Enduro DH races.

Currently based in Nelson, New Zealand, Sven’s recent projects include the four-day Andes Pacifico Enduro race in Chile, and a trip to Queenstown with Kelly McGarry, Wyn Masters and Bernard Kerr. He also organises the Official Whip-Off World Championships, held each year at Crankworx, Whistler. 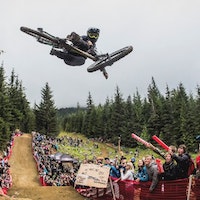 Sven Martin Shoots Crankworx - A How To

Sven Martin is well known on the pages of Dirt for the beautiful images which grace many of its pages taken as he dashes around the world chasing down the...
10 years ago | by billy 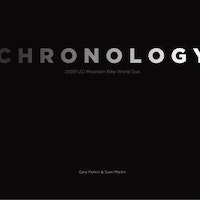 Exciting news for World Cup fans, just spotted this over on the CrankBrothers site. Looks like World Cup photographers Sven and Gary have produced an amazing document of the 2009 World...
10 years ago | by billy Anka and Sven Martin (you know the World Cup riding, photographing, adventuring duo) have put together a guided mountain bike trip taking in the best Southern Africa has to...