Serendipity is random; Providence is Divine; Cotic Steel City Media Racing is pure destiny. This is what happened in Sheffield, when you get an enterprising UK bike manufacturer racing bikes alongside pinned riders in the hot house of mate’s races.

The Cotic Steel City Media racing team is made up of two local pinners, Chay ‘That Crash’ Granby and Josh ‘Loose Dog’ Lewis. Identified through ThisiSheffield’s ‘Blue Steel Racing’ talent ID and race development program, these two talented riders have been picked purely for their race speed and skills.

Cy ‘Cotic’ Turner is the man with the foresight and ability to bring this together. The catalyst for the formation of the team was Cy’s attendance at the TiS winter dual series and witnessing the wealth of talent being developed through the Blue Steel Racing program. After one particularly fast dual race Cy announced:

“After Tuesdays seriously fast and loose efforts it’s clear we have plenty of local pinners. It’d be ace to support someone local who’s committed to doing some racing”.

What better way to spot talent than race against them week in, week out.

They have been at every UK Gravity Enduro race this season smashing out the stages aboard a pimped out Cotic Rocket. And we all know what those bikes are capable of don’t we? 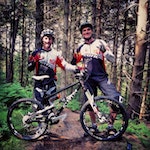 19 year old Josh Lewis has honed his downhill race craft with the Steve Peat Syndicate for the past few seasons. His successes at mate’s races and dedication to fitness made him an obvious choice for the team. Applying these skills to the most fashionable bike racing around, Enduro, will suit his self cut hipster locks and skin tight jeans. We’re sure that his maturing years has brought a tempering to the riding style which christened him loose.

Master Chay Granby is well known around Sheffield not only due to his regular and successful attendance at mate’s races but mainly due to his international recognition following ‘that crash’ in a ThisiSheffield tee. Chay successfully came back from ‘that crash’ and was quickly back on a bike and up to race pace. He was then straight back in to hospital after coming off his bike again and breaking his hip. Since that incident he has been dedicating himself to training hard and fitting doors, he’s in the shape of his life. The results so far have Chay sitting in second place overall in the Master’s Category with Josh 15th in the Elites and there are still a couple of rounds left. Chay also picked up a second place at the recent ‘Ard rock Enduro. 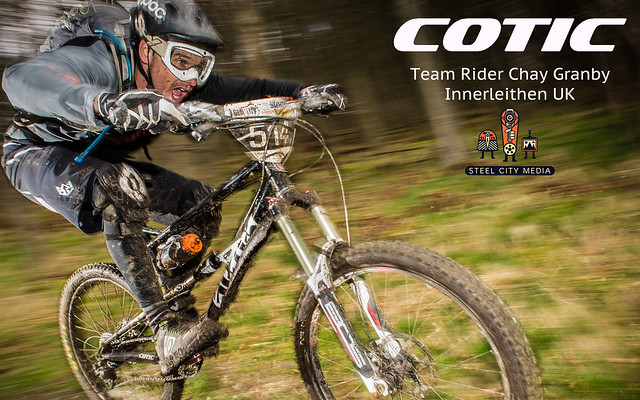 Another Sheffield powerhouse, Steel City Media, are also sponsoring the team and providing coverage for their little Media Whores. They produced the above team video in their classic style of humour combined with wall to wall action.

The team are being Co-sponsored by Royal, and Lezyne Tools. They are being supplied by Mavic, BOS, Shimano, Maxxis Tyres, Hope, Renthal, TORQ Energy and KCNC. This means there are a couple of severely pimp bikes flying around the Enduro’s, watch out for them.

'Making of' the Santa Cruz Solo Video
We use cookies on our website to give you the most relevant experience by remembering your preferences and repeat visits. By clicking “Accept All”, you consent to the use of ALL the cookies. However, you may visit "Cookie Settings" to provide a controlled consent.
Cookie SettingsAccept All
Manage consent