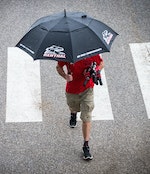 Nothing is left to chance at top-level downhill racing, but that isn’t to mean the mountain can’t have its say in proceedings. While the opening third of the track here – the section where Aaron Gwin pulled his competition’s pants down in the past – has changed line, sections are looking straighter, faster and scarier than ever. The tapes have tightened in places and have cut out any chances of an easy escape through the constant onslaught of rocks, roots, holes and brake checks.

Rachel Atherton sealed the deal for the Elite Women’s overall World Cup title in Windham two weeks ago, as did Laurie Greenland in Junior. But even with those two categories shut down for the win, it is all to play for as their rivals get one last sprint at victory for 2015 on the most prestigious slopes of them all. And what better way to send out a message before the season climaxes on the savage gradients of Vallnord and World Championships than to stick one to the competition on a near-equally vertical track?

And so to the men’s title chase. Or rather the Gwin chase. The American is on fire and there is surely no stopping him this weekend? After Aaron Gwin’s demolition of the field in Windham it is already looking unlikely that anyone will beat him here in Val di Sole, and that is before you look at his track record on this track. Forgetting 2013 – a season you could say was a write off by Gwin’s standards – this place is perhaps the Specialized rider’s calling in life. In 2011 he smoked the field, with only Danny Hart causing him any worries and, by Gwin terms, nipping at his heels only 1.3 seconds back. But he made up for that by taking one of the biggest winning margins of all time, and definitely one of the most very impressive race runs of all time in 2012, winning by a whopping 7.8 seconds.

However, there are two things to remember. Or rather two competitors. Neither Greg Minnaar nor Loic Bruni is going to give up before the series finish line, and judging by their recent riding they are both in with a shout. Perhaps unlikely – essentially Gwin would have to have a nightmare of a race and either one of the other two a total dream with a total of 250 points up for grabs across qualifying and finals and Gwin well ahead – but Bruni was fast in Windham (second in the opening stretch before he flatted) and Minnaar… well, he’s the ultimate competitor. Add to that the fact that the course has changed – it’s first third is entirely different and some sections are straighter than ever – and it is in entirely different conditions to the years Gwin dominated here (dry both times mentioned above, sopping wet right now), and who knows where this race will go.

Gwin surely has the series, but we’ve so far omitted the one-race heroes from this preview – the riders who aren’t able to take the series but will be gunning for a final taste of victory before the season is out and who will be treating this almost as a one-off. Troy Brosnan is gunning for a win and the Aussie has always ridden well here, Sam Hill is starting to ramp things up as we head to World Champs, Gee Atherton has won a World Cup and a Champs here, Danny Hart is on form and if there’s anywhere for him to break through it is VDS. Then there’s Bryceland, Vergier, the list goes on… Maybe it’s the job of this god-like hillside to decide who takes it? We know one thing for sure and that is any mistake will be punished hard here. Let the mountain talk. 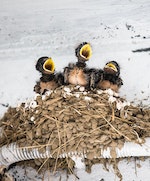