I just didn't want to brake for that f***ing jump

Laura Robson works on Josh's broken foot to ensure he can put it back on a pedal as soon as possible.

Dirt: How’s it going over there?

Josh: Not bad, not bad. Just having some pain inflicted at the moment!

Dirt: I thought they were putting you back together?

Dirt: Let’s go back to Meribel, after that race you said in ‘This is Peaty’ that you were pretty drained. Was it all hype then a big comedown?

Josh: Yeah absolutely man. Just like the week of Meribel I was so alert and wired that I barely slept and barely ate. Just like wired, I was just running on overdrive for a couple of days, and then partied afterwards for a few days, and then when I stopped doing everything at once I was like oh shit, I’m exhausted, and then I was like, oh dear, Worlds is next week!

Dirt: What did it feel like when you got the title in Meribel?

Josh: Oh mate it was mad, it was just like, honestly the most surreal thing. If you’d told me at the start of the year that I was going to win the overall I wouldn’t have believed you at all. The whole thing unfolded absolutely mint, and I was just going along for the ride…

Dirt: Has Steve given you any advice on injuries?

Josh: He’s just given me stick for sulking the other day! Nah I’ve had injuries before so I’ll just crack on with it really.

Dirt: Did you do much in between?

Josh: Nothing, I was good for nothing. I don’t think I even rode, I just chilled out you know, with Mike Reading for a few days then I went to Norway.

Dirt: In Norway did you feel like you had to pick yourself back up? The big job was done in Meribel and you maybe didn’t want the Worlds title in the same way?

Josh: No, I knew I was capable and stuff but just because I’d put so much into Meribel and I was so knackered still, I just really struggled for motivation. Bit of a mad one but it kind of came and went all week. I’d nail a section really well and then thought I’m in it, I’m in it, and then I’d just like do a few bits badly and was like, whatever… it was just a bit of a bad week. I was a contender, but having a battle with myself .

Dirt: So the battle was with yourself not the other riders?

Josh: Totally, yeah. Then on race day, one of my mates was out there watching me, Kevin Radical and he’s a mad guy. He’s a proper like, almost autistic, he isn’t at all but he picks up on the littlest things. I was putting on a, well a brave face, then the morning of the race he said to me “why don’t you pull a sickie today?”.

This was where things slotted into place for Josh, his first World Cup win had landed and it started a chain reaction.

I was warming up and I was like, you can beat all these muppets

Dirt: So the week was a bit up and down for you leading up to  the race but you had a blinder of a run up to that bridge, when did it all slot into place?

Josh: Ha, use that one. Because I’d been a bit sort of on and off all week I’d never hit that bottom jump quick, I totally overlooked it. So that was the first time I’d come out of the woods and then pedalled, and then not braked to do a whip… what a muppet.

Dirt: Bit ironic you crashed because you were going so well, clean out of the woods where Sam crashed

Dirt: Was it one of those moments when you are up for so long you know what’s coming?

Josh: Yeah definitely, I just gripped on as tight as I could, I’ve done bigger flat landings, I’ve done way bigger on my motocross bike, I was like sweet just hold on tight, but then… I think all the pressure just twisted my foot.

Dirt: You didn’t land straight then?

Josh: I thought I did, but I think that’s the one area that sort of twisted or gave a little bit. I just heard a big bang I didn’t realise at first I’d broke my foot, so I stood back on the pedal to hit that next jump, and as I put some weight through my foot my toe just rolled off to the side.

Dirt: And that’s when it hurt?

Josh: I thought I’ve either got a bit of pedal stuck to the bottom of my shoe or my foot is absolutely mangled.

Dirt: It turns out your foot was mangled then! What have you actually done in there?

Josh: It’s where you break a load of stuff and dislocate it as well (see full description from Darren Roberts below) They’ve screwed a few joints back together cause I don’t think the ligaments would’ve held kind of thing. I think they’ve wired some ligaments, and then like plated some of the breaks, so there’s quite a lot going on in there.

The morphine wasn't far away

It was clear things were serious and it's going to take months for Josh to get back on a bike.

We got the medical angle from Darren Roberts at Harris & Ross. He has seen everyone from Danny MacAskill to The Athertons and got rugby players and moto cross racers back on their feet.

Dirt: So what exactly he done Darren?

Darren: So it’s called a Lisfrancs fracture, that’s where the mid foot, from your toes down to your ankle, that’s where you fracture and dislocate the whole of your mid-foot. There’s loads of little bones in there and he’s fractured and dislocated the lot, and it’s a really serious injury, if he was a rugby or football player it’s a career threatening injury. He was extremely lucky in that he did this where he did it was operated on straight away by a good surgeon. The thing with this injury, it’s not the bones, it’s all the ligaments that hold everything together in the mid-foot. The bones will heal, but the reason why it’s taking so long is we have to be absolutely certain that all the ligaments that hold all the bones in place, there are so many of them, are properly healed, that’s why you have to really take your time. 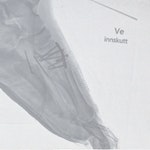 Dirt: So what are you up to at the moment?

Josh: I’ve been on my zero weight-bearing, so just been in the gym with these boys trying to stop that side, my left leg, deteriorating and just keeping up with the rest of it. Then getting some physio work on my foot, trying to keep my ankle moving and stuff, and trying to blow my Jaguar up…

Josh: I think it’s in the garage tomorrow, but it’s been cruising about, doing what I can, really frustrated as it’s the time of year where I’d be doing all my fun shit but that’s the price you pay for being a numpty.

Dirt: Are you having any of the metal work out then?

Josh: I’ve got a day for my operation on December 12th, so from then on I think I’ll be looking to walk, like pretty soon and starting to put weight through it but until then I’m just crutching about.

Dirt: How long do you reckon it’ll be before you’re back on a bike?

Dirt: Are you in with Harris & Ross pretty regularly then?

Josh: Yeah yeah, I’m in three times a week at the minute, after my op when I’m starting like the more weight-bearing stuff I think I’ll be coming in like every week, get some miles on the Jag, it’s only down the road from my house.

Wires, plates, screws and more wires are holding everything together between those two scars.

Dirt: Worlds was set for you until that bridge, having won the overall now have your goals changed, is World’s a target for you now?

Josh: No more than in other years, it’s just like, have another crack at it now and hope there isn’t another bridge at the bottom! I mean obviously you want to do the best you can but I didn’t start out this year thinking right, gonna win the World Cup, it was just like going through each race and doing the best you can.

Dirt: Sounds like you’re pretty relaxed about it all?

Josh: Would you expect anything less?

Dirt: Not at all! You had to be clever in Meribel and not go all out, do you think you have learned a lot this season?

Josh: Massively, yeah. I can’t believe it, but it’s one of those things that just happen. I just sort of knew how to handle the situations when they arose, so yeah but I think just mentally I was ready for it, and yeah, ready to take it on.

Dirt: What about next season? April isn’t too far off now, do you think you will struggle to ride the high of this season or are you confident it will be ok?

Josh: No not at all, the first round might be a slight wake-up, but over the course of the year I missed pretty much a full finals points and a qualis points due to mechanical or crashing, so I don’t think it’s going to be a problem at all. First round, then full gas.

So there you have it, after an incredible season of racing Ratboy was metres away from clinching the double title, there were just a few too many vertical metres in a horizontal equation.

We were stoked to see Josh on top in Meribel but this isn’t how he planned to end his season. World Champs may have eluded him this year but there are years left for the stripes to make their way back to Manchester. If you want to relive how it all happened then check out the last episode of This is Peaty below. Roll on 2015.