Beyond The Bike - Cam McCaul

In every sport there are characters that stand out from the crowd. Perhaps they’re a bit more colorful than the rest. Maybe they’re louder, laugh easier, or are more creative. Or, if you’re Cameron McCaul you possess all of the aforementioned traits, but also show up to a Super Bowl party wearing an octopus hat and hot pink underwear with “I LOVE dicks,” boldly stated on the back. It’s not even weird, though, because it’s Cam, and while he does many things well, entertaining is right up there with biking.

Cam can rest easy knowing that if biking ceases to pay the bills, the camera definitely loves him.

For the better part of the last decade the mountain bike community has been graced by Cam’s various personas as a caged animal in NWD, a whistling enthusiast (who may or may not get a bird wing tattooed to his forehead), as a guitar-playing surfer, as the loser in a head-to-head in a trick contest with Rage Against the Machine bassist Tim Commeford, and most recently as a faux Weather Channel correspondent promoting the forthcoming Anthill/TGR collaboration, Unreal. Cam can rest easy knowing that if biking ceases to pay the bills, the camera definitely loves him.

But, beyond what we see in videos and at contests is a guy who genuinely just rides bikes out of pure love for the sport. Growing up in the Santa Cruz/Aptos area, becoming a pro mountain biker was never really a goal for Cam. As one of the more seasoned riders on the circuit now, there weren’t that many guys paving the way when he started taking riding seriously. But, if there was one guy who proved what was possible on a bike it was Cam’s idol and now neighbor, Kirt Vories. In 2002 the revolutionary mountain bike film, Evolution was released. What Cam saw completely changed his perspective of what was possible on a bike. “It brought all the types of riding that I’d been interested in into one segment,” says Cam. “He was doing bar spins and tail whips. No one had ever done anything like that before on a mountain bike! Slopestyle wasn’t even a thing yet, but after watching that, everyone knew something was going to change.”

It was just a little before that time that Cam, brother Tyler, and friends stumbled upon a somewhat dilapidated dirt lot near the Aptos branch of the US Post Office. There were a few skeletons of small old jumps, but nothing really rideable. Cam and the other local kids started spending every afternoon after school at the jumps building, designing, and creating what would become the most famous dirt jump spot in mountain biking’s short history. “Spending time shaping jumps there is what shaped us,” he says.” It started out as a small group, but slowly more and more kids would join in as they drove by and saw the jumps coming to fruition. Though they built simply out of a desire for a place to ride, they were creating what would, unbeknownst to them, become a dirt jumping Mecca. “We thought we were perfecting a craft with no future,” he laughs. “But at the same time those jumps were evolving, slopestyle was evolving, too. It was a right place right time kind of thing”

Cam doesn’t lament the outcome of Post Office, in fact, quite the contrary. “It’s kind of like building sandcastles at the beach,” he says. “After a while, the tide will take it away. We knew we were working on borrowed time, so we just enjoyed it while it lasted.” He’s quick to point out that the owners of that property are a major reason the jumps lasted as long as they did. “Post Office lasted 17 years. It had nine lives. Community, recreation, and culture kept that place alive,” he says somewhat quietly. You can tell Post Office is beyond just a riding spot for Cam. It was where he grew up. It was his Sandlot. It was more than just a place to ride. “It’s the craziest thing,” he recalls. “Before we moved, I would just go to that lot and just think ‘this is so weird that I’m still hanging out in the same lot I was hanging out in when I was 12 years old and still doing the same thing and still enjoying it.’” 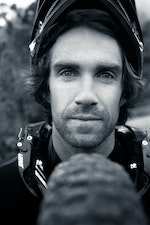 It’s got really organic roots, similar to how Post Office got started. There’s something for everybody

Cam’s legacy may best well associated with Aptos and the Post Office jumps, but what he’s truly sincere about is getting more people on bikes- especially kids. In Redmond, Oregon, near Cam’s new hometown of Bend, he’s helping develop a bike park that is aimed at riders of all abilities. Where Post may have intimidated many passers by, the forthcoming Hillside Terrain Park will be a welcome addition to Bend’s bourgeoning bike scene. His goal is to get the locals to come ride as often as possible, and help establish Bend as a bike destination. And, perhaps it was meant to be. With the demise of Post Office a new phoenix can rise from the ashes. “It’s got really organic roots, similar to how Post Office got started. There’s something for everybody,” he says. “I think in a place like Bend it’s going to be a really successful park. It’s something that’s going to get a lot more people on bikes!” He plans to host clinics, jam days, and other events to help encourage more people to get out and learn to jump their bikes.

Cam’s newest chapter in Bend is in large part due to his growing desire to focus on family a bit more and also for a much needed change of scenery. “Aptos was getting a little like Groundhogs Day,” he laughs that familiar Cam chuckle. “Here I’ve got the perfect package of people to ride with having Kirt (Vories), Carson (Storch), and (Jamie) Goldman so close by.” Also near by is wife Bonee’s family, which comes in handy for helping out with daughter Chloee, who is a rowdy 18 months. In just one morning in the McCaul house, Chloee plays the keyboard (with drumsticks), rides her pushbike, plays the drums while Cam strums his guitar and shows off her tricks. Cam yells, “Chloee jump and do a 360!” She giggles jumps and spins around upon landing. Not bad for a grom that can’t even really talk yet.

But that cute little girl is what Cam is focusing on, and because of Chloee and the changing contest scene, Cam is slowly switching gears out of competing and into other niches. Crowds will be ecstatic to hear him on the mic at this year’s Crankworx slopestyle events, among others. “There’s a lot behind the scenes that fans don’t see,” he states. “There’s this entire mental aspect, figuring out which tricks to throw to get the best score… I want to share that dynamic with the fans.” But fear not: Cam has no intention of stopping his riding. His ultimate goal is to keep learning new tricks and take them into zones where he’s completely out of his comfort zone. These are the stories he wants to bring with projects like Unreal.

So, while Cam may be less of a force within the contest scene, he’s by no means retiring. He’s simply switching gears, and taking advantage of the opportunities he’s created for himself within the bike industry. Honestly, there isn’t a better guy out there to help grow the sport and bring it to the masses. Cam has zero ego, zero enemies, and holds a heart of gold that welcomes everyone. Not bad for a kid who stumbled upon a random dirt lot 17 years ago with no grandiose plans of athletic stardom. He was just a kid with a lot of talent and even more personality.

Speaking of personality, the octopus and underwear outfit netted Cam a pretty excellent outcome: he met his wife that night, and they just recently celebrated their five-year anniversary. While most of us won’t ever see Cam dressed in hot pink skivvies, we’re all benefactors of his charisma both on and off the bike. The sport needs more guys like Cam McCaul.

Check out the rest of the episodes from Beyond the Bike right here: