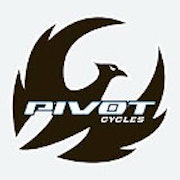 American company Pivot Cycles is based in Tempe, Arizona, and is run by CEO/President Chris Cocalis. Now in its sixth year of business, it recently moved to a larger building, where it develops new models, manufactures high tolerance hardware for its frames, handles initial production runs and builds race team bikes and prototypes.

Its current range features the new-for-2014 Mach 6 Carbon, a machine designed to optimize the 27.5” wheel platform and compete on the fast-growing Enduro racing scene. Built around an ultra stiff and responsive carbon chassis, the Mach 6 features 155mm of travel, a low BB height, longer top tubes, lower stand-over and a slack head angle.

Also in the Pivot range is the Point, which combines a chromoly steel frame with a tapered 1.5” head tube, ISCG 05 mounts and interchangeable dropouts, and is designed for use on jump lines, skate parks, BMX tracks, pump tracks and slalom courses. On the downhill side is the Phoenix, a bike with over 8” of rear travel and the heritage of six World Championships and numerous World Cup podiums behind it.

Among the big names of mountain biking to ride Pivot bikes are adventure cyclist Mike Hall, who spent an average of 17 hours per day pedalling his Pivot LES from Canada to Mexico while winning the 14-day Tour Divide in 2013. Riding the Mach 5.7 Carbon, the Santa Fe Brewing/Pivot Cycles pro team of Macky Franklin, Syd Schulz and Sean Leader competed in enduro races around the world in 2013.