For those of you that have followed previous years’ races and bothered to read the press releases (I’m not sure I would with all of the great pictures and videos to watch) I’m sure that we’re repeating ourselves but anyway, the last day of Mavic Trans­Provence is always a bit ‘odd vibes’.

There’s a fair few competitors here that have actually had their ‘on­sight really hard mountain biking’ needs completely sated for the foreseeable future (yes, I know that’s hard to imagine). Coupled with the thought of not having to wrangle a bike up and down big mountains tomorrow seems like the best(!) thing they’ve heard in a while, most of us mere mortals don’t get the opportunity to adventure on a ­bike for six days in row.

There’s another group that, while they’ve found the nomadic life very attractive, they wouldn’t mind letting the cuts and bruises heal a little. And perhaps the use of a washing machine and a big bath would be nice if they were going to continue the life of the travelling mountain biker.

There’s also those for which life is not really going to be the same ever again. Only having to focus on eating, pedalling and living in the bubble of a travelling band is highly addictive. They’re not really sure how regular life is going to measure up come Monday morning. A large percentage of the support crew, mountain staff and media team return year after year because of the event’s addictive nature.

Then there’s the Professionals. From all kinds of disciplines. Check Scott Chapin’s cyclocross dismount switchback technique as a prime example of diverse backgrounds! People who experience loads of good riding across the globe. They come to Mavic Trans­Provence and do mountain biking ­ point to point, on­sight, in wild country ­ and they seem to like it. They keep coming back.

Talking of pro’s there is the small matter of a race to be won. The top few places have been hard fought for between the apparent camaraderie of the liaisons. In the Pro Mens race, in the end, Nico Lau dominated the week with a 4 minute gap between him and second place Chris Johnston. With Matti Lehikoinen in third and Jamie Nicoll in fourth. Do the French have some magic abilities on switchbacks that is kept secret to rest of us? Answer: oui.

Tracy Moseley’s return to the race this year saw her win by a couple of minutes over Anka Martin. With Claire Buchar in 3rd and Genevieve Baril in fourth. Tonight we’re going to party and say goodbye to new and old friends alike who we won’t see for another year. There may be a few drinks involved. The athleticism is over.

Sadly this year one person wasn’t with us. Many of us would have liked the opportunity to have said goodbye to them. Tragically, a few weeks before the event Ash’s father died suddenly. He was a friend to many a competitor and Mavic Trans­Provence team member over the years. Since the very first race he’d provided unwavering support for both Ash and the event. He was someone that loved the mountains and this was clearly reflected in his enthusiasm for the race and being in the company of like­minded people. 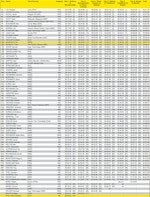 Tracy Moseley brings us her third Pro Diary, this time she's in the Alps.

Troy Brosnan's 2015 World Cup Specialized Demo
We use cookies on our website to give you the most relevant experience by remembering your preferences and repeat visits. By clicking “Accept All”, you consent to the use of ALL the cookies. However, you may visit "Cookie Settings" to provide a controlled consent.
Cookie SettingsAccept All
Manage consent