Starting off as a simple hardtail brand just over twenty years ago, Ghost now has a humongous range of bikes that it distributes internationally.

They’re regular features in our 100s so we couldn’t wait to sit down and have a chat. 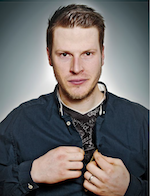 We caught up with Christian Gaal, Content Management/ PR, to chat mountain biking past, present and future.

What achievement of the company are you most proud of?
“The biggest achievement in my eyes is that we still keep the family spirit between all of us, even if our company has grown to an international size.”

What has been you biggest product development?
“I think with last years reincarnation of the carbon LECTOR hardtail. This should pretty much nail it! One of the best looking and performing xc-bikes. Period.”

What was the brand working on 20 years ago?
“At that time, we were just a small, two man business selling great bikes. Uwe and Klaus, our founders, were developing a broader product lineup to bring more of that quite new mountain bike thing to the audience.”

What has been the biggest lesson the company has learnt in the industry?
“Probably that it’s never time to stop developing new concepts and ideas as long as the wheels keep spinning.”

What do you dislike about working in the bike industry?
“Not getting that much on the bike during the season.”

Give us a story from your wildest moment in mountain biking?
“Starting for quick late afternoon spin, waking up again in hospital not remembering anything. Thanks god someone found me lying at the bottom of the valley drop..”

Your favourite or most memorable Dirt Cover?
“I think it was around 2013, entitled “Captain America“ showing a 2000ish picture of Myles Rockwell. That always reminded me of the times I got involved with downhill biking.” What would you like to see from Dirt over the next 20 years?
“I wish the guys keep it running like they did and never go full mainstream, then I would instantly stop reading their stuff.”

Do you have a favourite or memorable feature from Dirt’s history?
“Definitely! It was 2014 “Greatest Megavalanche story“. It’s about something every mountainbike maniac totally digs, but from an outside view showed the complete insanity of an event like this.” How were you first introduced to Dirt?
“A friend of mine had some magazines lying in his van when we’ve been out at Leogang bike park. It was raining cats & dogs, still we had a good time discussing some articles (while drinking beer and having bbq)” Who have been your favourite riders of the past 20 years?
“Steve Peat, Sam Hill, Jared Graves. Definately Cedric Gracia as well. And some other 20-30 riders.”

What Rider has most pushed the boundaries over the past 20 years?
“If it wasn’t Josh Bender, I think Rachel Atherton is doing that for women and Brandon Semenuk is someone whom I personally think of not human anymore.”

What has been your favourite or most memorable race?
“Val di Sole 2008. Sam Hill sliding in the last corner, loosing it. I was shouting, cursing and almost destroyed the tv. Well and also Danny Harts’ 2011 at rainy Champery. Legends.”

What does the next 20 years bring for Mountain biking?
“My bet is on some wheel sizes and new standards 😉 More shifting and suspension performance also at entry level bikes, more and sleeker engines for e-bikes… There’s a lot to come.”

What’s your opinion on E-Bikes?
“Why not? If I can throw down five runs at my local mountain instead of only one and still feel great, it’s awesome!”

What life lessons has Mountain biking taught you?
“You can just leave everything behind when you’re out for a ride. Peace of mind.”

What’s been the most questionable thing to come out of Mountain biking?
“Skinsuits. Definately those ugly suits. Hate them.”

Who doesn’t get the credit they deserve in the industry?
“As I’m trying to learn welding right now, all those guys actually welding frames or producing carbon frames. It’s insane work which needs so much perfection and skill. They should get more credit.”

Them boys is nuts!